No one could've predicted what an extraordinary year 2020 would be.

The COVID-19 pandemic caused a global economic shift of a scale not seen since the Second World War — plunging markets, governments, and most of the world's population into turmoil.

And as if the coronavirus wasn't destabilising enough, a rollercoaster U.S. election and growing trade tensions with China are keeping uncertainty high.

In Australia, though we've arguably managed the COVID crisis better than most, the nation has still seen families homebound, borders closed, a recession, record unemployment, unprecedented low interest rates, and billions of dollars of government stimulus

Yet, there have still been some clear winners from the turmoil, with stay-at-home stocks and toilet paper retailers having to juggle a surge in demand. On the other hand, tourism and travel stocks have been forced into hibernation as the nation comes to a standstill.

So, there have been winners and losers in business and on the ASX, but how is the economy really faring? And, more importantly, how will it perform into 2021?

"The economy has suffered a heart attack," Tom said.

"Blood has resumed flowing through most of the system again, but there are parts that will still struggle. They are the ones that will continue to rely on the government and other institutions for support over the course of the next couple of years," he said.

He explained that Australia is in a better position than most thanks to urgent and effective measures taken by institutions to curb the impact of the pandemic.

"When I talk about institutions, I'm talking about developed democracies and the backbones of those democracies in terms of the public service, governments, the way that state governments operate together and the way that the whole range of other regulatory authorities cooperates," he explained.

"These institutions were challenged, but those challenges have been overcome."

In the weeks leading up to the most recent New South Wales COVID outbreak, there was an ASX market rally that saw the benchmark index restored to its pre-pandemic glory.

The recovery, however, is largely attributed to reduced panic rather than genuine economic indicators.

Sarah Lenard of global consulting firm Advisir suggested that the initial March sell-off was driven by major pessimism when the impact of the virus was still uncertain — pessimism that has now started to lift.

"The impact of monetary policy and low interest rates was pretty much immediate," Sarah said.

"The market now is really a trade of people's opinions."

Still, the early coronavirus mayhem opened the door for several small and micro-cap stocks to diversify into things like hand sanitiser and personal protective equipment.

The likes of Zoono Group (ZNO), Holista CollTech (HCT), Skin Elements (SKN), and Wellness and Beauty Solutions (WNB) saw share prices increase hundredfold as they tapped into a sudden gap in the market.

Of course, as in the case of HCT and WNB, some of these gains were short-lived.

On the other hand, some stocks have recovered fully from their COVID lows and then ran even further.

Shares in sector leader Afterpay (APT) bottomed out at $8.90 in March but surpassed $120 in mid-December. Yet, the piqued interest in the stock and, indeed, the ASX as a whole is being driven by government stimulus putting more cash in the pockets of mum and dad investors.

"There's a lot of retail money floating around," Sarah said.

The concern, then, becomes that the inflow of stimulus money and government incentives may have some unintended consequences.

"It's the end of the year and we’ve been seeing this irrational exuberance in the market," Sarah said.

Speaking to this, Tom Piotrowski is predicting inflationary forces that haven't been seen for some time.

"Raw material prices are now beginning to be impacted; lumber prices have doubled over the last couple of months; steel prices have moved higher — quite substantially — evidenced in the underlying strength of iron ore prices," he explained.

"These outcomes will eventually feed their way through to user prices, and that presents a challenge for central banks," he said.

"While they do want some inflation, if it becomes a little bit hotter than what they're anticipating, it'll challenge their commitments to keeping interest rates low over the medium term."

In response, investors are likely to turn to resource stocks as a hedge — a trend already seen throughout 2020.

"Resource stocks have been the second most improved sub-index of the year so far — behind technology — so they're set to continue to perform quite strongly," Tom said.

Is this the end of the run?

Though the world is eager to usher in the new year and leave 2020 in the past, the reality is that the virus is still here and uncertainty is rife — meaning the stocks that have exploded have further to run.

Where investors may experience a reversal, however, is in gold and gold stocks; as COVID-19 vaccines become more readily available, the gold frenzy may subside as investors no longer feel the need to flock to a safe haven.

She said though hard assets will continue to appreciate in value thanks to an influx of stimulus monies, there'll be challenges ahead, too — not least of all in restoring a souring relationship with China.

"I think in the real economy there is pain as mortgage holidays and JobKeeper begin to fall away. In the new year, we'll see a divergence between those who enter a boom period and perhaps millions of Australians that might be left behind," she said.

"I think we will see some continued irrationality in the market, but particularly tech and healthcare will certainly carry on strong into 2021." 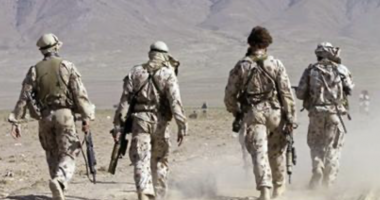