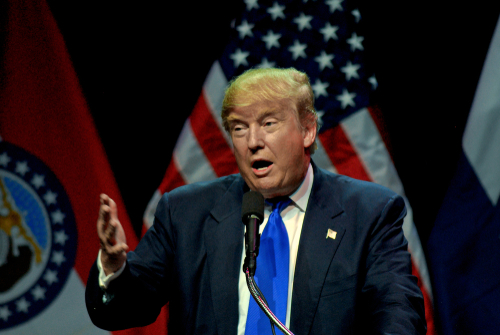 The ASX 200 slumped 68 points or 1.1 to 6268 after US President Donald Trump threatened to increase tariffs on Chinese imports as soon as Friday. If his intention was to force a deal, the move appeared to backfire, with news outlets reporting China may pull out of this week’s trade talks altogether.

The effect on markets was profound: US stock futures fell almost 2 , Chinese shares cratered more than 4 and crude oil dropped more than 2 .

The Australian market opened and declined for much of the morning. A close around present levels would hand the index its worst loss since January 2.

A soft trading update from Westpac added the headwinds. The bank’s half-year profit slumped 22 as it set aside $896 million to compensate customers in the wake of the Hayne Royal Commission. Not the sort of news to release with the market under pressure. The share price 1.6 .

Macquarie Group fell for a second session following reports the financial powerhouse is on the nose in Denmark. Bloomberg reported the $90 billion Danish fund PFA is refusing any new deals with Macquarie while German authorities investigate the bank over an alleged dividend tax fraud. Macquarie shares fell 2.4 .

, the construction group formerly known as , tumbled 7.4 after a Hong Kong research firm accused the group of artificially inflating profits.

The high-flying I.T. sector took a heavy hit as traders locked in profits on some of the year’s best-performing stocks. Appen shed 5.2 , Wisetech 5.1 and Afterpay 1.2 .

US-China trade talks were believed to be nearing a conclusion prior to the President’s intervention, which he said followed attempts by the Chinese to renegotiate. The President announced this morning that tariffs on $200 billion of Chinese goods will increase on Friday to 25 from 10 .