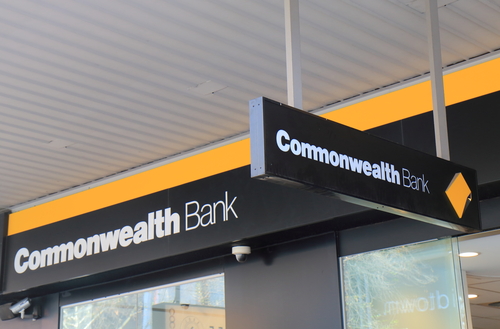 The ASX 200 slipped 22 points or 0.4 per cent to 6289 this morning, with CBA accounting for much of the weakness. Shares in the largest of the big four banks fell 2.8 per cent after it announced its third-quarter profit sagged 28 per cent to $1.7 billion. The bank said it had set aside another $174 million for customer remediation following the Hayne Royal Commission. CEO Matt Comyn said costs associated with making good on problems highlighted by the Commission have now blown out to $2.17 billion.

On-going tensions between the U.S. and China were front and centre after two days of trade talks ended on Friday without a breakthrough. S&P 500 futures dived 29 points or 1 per cent this morning, signalling growing concern as a deal seems increasingly distant. In Asia, China’s Shanghai Composite shed 1 per cent and Japan’s Nikkei 0.5 per cent.

The risk of a trade war to Australian exporters was underlined by a profit warning from plumbing supplier Reliance Worldwide, which today downgraded its earnings outlook, citing concerns that tariff increases introduced in the U.S. on Friday could impact next year’s profits. The company said it would consider a range of options, including price increases and moving production out of China. Shares in the company plunged 13.5 per cent.

Energy stocks were another source of weakness as crude responded to the potential hit to global growth from tit-for-tat trade tariffs. Oil Search dipped 1.3 per cent and Santos 0.2 per cent.

Property group Lendlease was the morning’s best performer following a media report of takeover interest from Japanese giant Mitsui. Shares in the company surged 8.2 per cent to a three-month high despite a denial from the company that it had been approached.

Health stocks cushioned the index from a deeper fall. CSL put on 1.1 per cent and Healthscope 0.4 per cent. Telstra was also strong, rising 0.7 per cent to its highest point in more than a year.

On currency markets, the dollar was buying 69.8 US cents.

At the speculative end of the market, the morning’s biggest bolter was a biotech minnow called Zoono Group, which jumped more than 100 per cent after announcing a 10-year deal to supply anti-microbial products to U.S. car care company Turtle Wax. Shares in the Aussie company were lately up 6.7 cents or 86 per cent at 14.5 cents.