A torrid morning for Aussie shares after trade tariffs from China and U.S. drag Wall Street to its second heaviest loss of the year 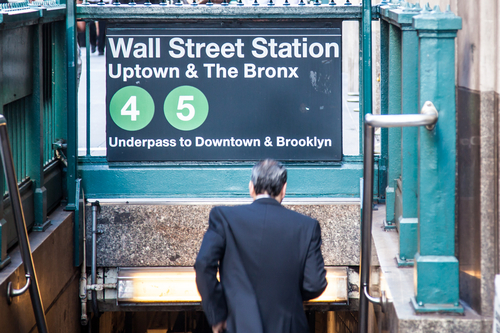 The ASX 200 plunged 95 points this morning before trimming its decline to 71 points or 1.1 per cent at 6227 mid-session. The sell-off mirrored heavy falls in the U.S. after China retaliated against last week’s U.S. tariff hike by announcing it will raise duties on $US60 billion worth of U.S. goods on June 1.

More than three-quarters of companies in the benchmark Australian index lost ground as traders reduced risk to reflect the rising likelihood of a drawn-out global trade war. The high-flying technology sector slumped 1.5 per cent as traders locked in profits in some of the year’s best-performing stocks. Wisetech fell 2.8 per cent and Afterpay 1.7 per cent.

The financial sector touched its weakest level since mid-April as NAB traded without its dividend and CBA extended yesterday’s losses. NAB shed 4.8 per cent, CBA 1.6 per cent, ANZ 1.8 per cent and Westpac 1.1 per cent.

Companies with exposure to Chinese demand were under pressure. BHP slipped 1.3 per cent to a three-month low. Coal exporters Whitehaven Coal lost 3.1 per cent and New Hope Corporation 3.3 per cent.

Mayne Pharma Group picked the wrong day to warn of a downturn in sales of its generic drugs. Shares in the company dived 15.8 per cent.

The defensive gold sector was among the few beneficiaries of the ill wind blowing through trading rooms. Evolution Mining jumped 7.1 per cent, Regis Resources 4.9 per cent and Saracen Mineral 4.1 per cent. Overnight, the price of gold regained the $US1,300 level, lately buying $US1,299.80 an ounce.

At the speculative end of the market, crypto companies provided a haven after Bitcoin broke through $US8,000 to a nine-month high. Digitalx Limited surged 17 per cent to its highest point since September.

Yesterday’s star spec, Zoono Group, put on another 26 per cent. And a thinly traded pharmaceutical company called Race Oncology came close to doubling in price before trimming its rise to 35 per cent after announcing it had inked a deal to trial a cancer drug in Israel.

U.S. traders had been betting that the trade dispute was nearer the end than the beginning but had to drastically revise their expectations overnight as China’s tariff hike indicated it was in no mood to bow to U.S. pressure. The S&P 500 slumped 2.41 per cent to its worst loss since January 2. The Nasdaq fared worse, falling 3.41 per cent as traders dumped tech companies who manufacture in China.

The Shanghai Composite fell yesterday, but this morning opened just above break- even. Hong Kong’s Hang Seng gave up 1.4 percent and Japan’s Nikkei 0.7 per cent.

Texas crude followed stocks 1 per cent lower overnight, but staged a tepid rebound this morning, lately up 11 cents or 0.2 per cent this morning to $US61.16 a barrel.

On currency markets, the dollar was buying 69.56 US cents.