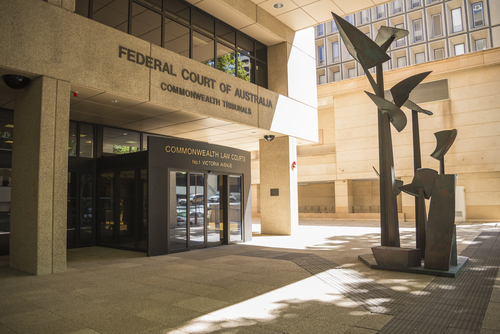 The Australian Competition and Consumer Commission (ACCC) has taken action against Kogan Australia for allegedly misleading customers in an online discount promotion.

The ACCC claims that in June last year, Kogan offered customers a 10 per cent discount on most all of its products ahead of the end of the 2017/18 financial year. The company advertised the promotion on its website and via text messages and emails to customers.

However, the consumer watchdog has accused Kogan of raising the prices of more than 600 products immediately before the promotion, in most cases by at least 10 per cent. The ACCC will argue in the Federal Court that Kogan created a false sense of urgency for customers by giving them limited time to use the promotion.

According to the ACCC, Kogan reduced the prices of affected products back to their “pre-promotion” prices shortly after the promotion ended.

ACCC Commissioner Sarah Court said businesses must not make claims to consumers about discounts unless they are offering genuine savings.

“We allege that Kogan’s advertisements were likely to have caused consumers to think they were getting products below their usual prices. In fact, Kogan had inflated product prices which we say created a false impression of the effective discount,” she said.

Kogan has strongly denied the ACCC’s allegations and said in a statement it will defend the proceedings in court. Kogan said the ACCC has ignored “critical facts” and highly relevant matters.

According to Kogan, the marketing around the promotion was “carefully considered and was drafted specifically to avoid the type of confusion alleged by the ACCC”.

Kogan said it “did not gain any financial benefit as a result of the promotion”, and it does not expect any adverse change to its promotional activities to result from these accusations.

This isn’t the first time the Kogan has run into trouble with the ACCC. Action was taken against the company in 2009 and 2016 for engaging in similar conduct regarding its pricing and promotions.

In 2016, Kogan had to pay $32,400 in penalties after being accused of misleading consumers in a 2015 Father’s Day promotion which offered buyers a 20 per cent discount on specific computer monitors.

In 2009, Kogan was accused of misleading consumers by advertising price comparisons such as “Now $X (Save Y%)” and “Save over $X”. However, ACCC said Kogan had never offered the products at the higher price; comparisons were based on an estimated average price of similar products from different manufacturers.