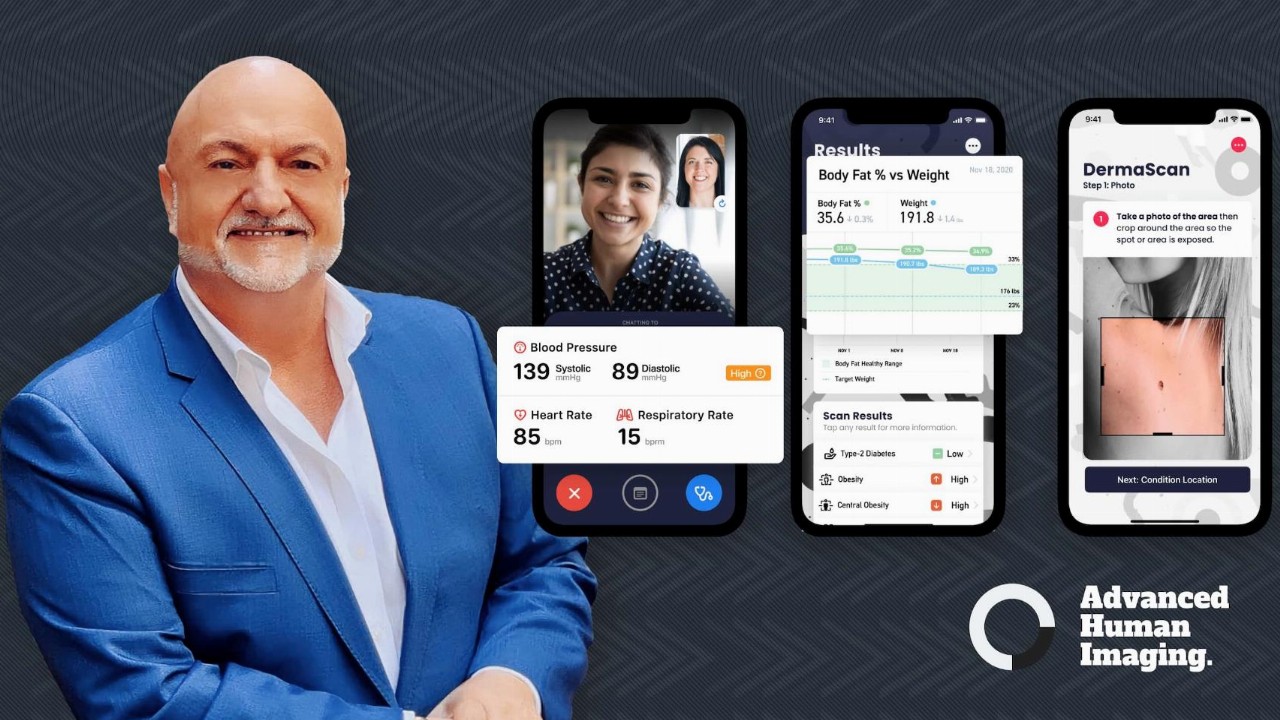 Some of the biggest businesses in the world are expanding their telehealth offerings after COVID-19 forced medicine online.

Amongst the companies extending their digital offerings was Amazon, which announced in early June it had signed multiple companies to its telehealth business, Amazon Care.

Walmart then announced last month that it had purchased telehealth provider MeMD, in a bid to expand its existing Walmart Health service across the US.

The next big business to announce its telehealth acquisition was Google, which confirmed in May it had acquired an artificial intelligence app that acts as a dermatologist.

However, while these global juggernauts are beginning to expand their telehealth offerings, Australian healthcare stock Advanced Human Imaging has spent years perfecting its telehealth product suite, creating a single access platform with over 700 health and medical risk assessments all available from a mobile device.

The ASX-listed business has created a scanning and imaging platform that can be used for the insurance, health, fitness, and apparel industries.

Its primary focus is on its medical offerings though, which it said perfectly complements the growing telehealth market and fills a much-needed data source required by GP’s, specialists, and care providers worldwide.

Its CompleteScan offering represents the company’s most detailed medical imaging product, as it combines multiple techniques across vital signs, body dimension and composition, which assess a user’s health, wellbeing and chronic disease risk.

Included among CompleteScan, and also available separately, is AHI’s BodyScan technology — which is able to scan and map out a person’s full-body, putting together a detailed profile of their measurements, body composition and risk markers which would normally be assessed in a doctor or specialist’s clinic.

The company’s also offers FaceScan, an assessment which is included in CompleteScan and available separately.

FaceScan works by measuring a person’s vital signs via the blood flow in the face and from there it is able to identify risk factors associated with cardiovascular disease, heart attack, and stroke.

When merging the data captured via the body and face scans, AHI explained its able to identify metabolic risk, which in turn has been identified as the new standard in chronic disease identification.

Launching in Q3 2021, AHI has begun integrating its DermaScan tech, which uses artificial intelligence (AI) technology to identify up to 588 skin conditions across 133 categories, making it the largest derma AI engine in the world.

The product essentially acts as an assistant to a dermatologist and was recently assigned European medical device approval.

The tech inside DermaScan was developed and patented by AHI partner’s Triage Technologies, who are working with AHI to release the product.

“Our diverse and in-depth identification of treatable skin conditions is unchallenged by even the largest companies on the planet,” Triage CEO Tory Jarmain said.

“On the back of Google announcing their entry into the world of AI driven dermatology, I am elated with the granting of the CE medical device approval for the Derma AI,” Mr Bosanac said.

“The Derma AI is already being used by over 20,000 clinicians and Dermatologists around the world.”

Along with big businesses’ recent interest in telehealth, spurred on by pandemic-related lockdowns, the new Biden Administration has also expressed a desire to see the sector grow.

In an address to Congress in April, President Joe Biden outlined the need for better health innovation in the US, with billions to be set aside to be spent in funding, including money to improve broadband access across America.

Beyond ensuring everyone has access to the internet going forward, one other issue identified as a possible problem for the telehealth industry is patient privacy.

A recent paper by the American Journal of Managed Care identified privacy concerns as one of the three biggest barriers for patients using telehealth in the future.

Specifically, the journal noted patients were concerned about how their private health information was being stored, collected and used.

Explaining how his business manages the issue of patient privacy, AHI’s CEO said the company decided early on it was against storing the data collected from its users in the cloud.

“When I see these global juggernauts entering body composition, dermatology, and vital signs capture across multiple platforms, all grappling to own your data, it reinforces my vision that AHI’s in and on device capabilities deliver both privacy and broader functionality in a single platform,” Mr Bosanac said.

“Pleasingly, this has brought a lot of attention to our company and our current global expansion. In my view, why share your personal data across so many environments when you can simply perform all aspects within your own personal device.

“When using the AHI platform, the scans and data used to assess your private health information is processed and stored on your mobile phone and only shared with your consent.”

Mr Bosanac was confident allowing users to maintain their own health records also differentiates AHI from its competitors, such as Apple, Google and other large telehealth platforms.

To capitalise on its advanced product offerings, Advanced Human Imaging has begun the process of listing the company on the US NASDAQ exchange.

The company has already partnered with businesses in China, the UK, the EU and the US. but announced earlier this month a new agreement with a Canadian health and fitness business.

AHI also flagged expanding its own telehealth offerings with HemaScan — which will provide blood biomarker chronic disease assessment and monitoring.

The CEO said the company’s existing products already place them well ahead of its competitors, with more tech to be released to service the growing telehealth demand.