The company’s share price has increased tenfold in less than 18 months as AHI lands key partnerships with major global players in the health and fitness imaging space — a major part of the global telehealth industry.

These partnerships, along with a string of acquisitions, have seen AHI build an impressive commercial network ahead of an upcoming Nasdaq listing.

Now, Advanced Human Imaging is on the cusp of a potential $180 million in annual revenue as it works to deliver on its “intel inside” business strategy.

But with such rapid growth, it can be easy for achievements to be lost in the rapid flow of company announcements as players around the world choose AHI to power their applications.

So, what has Advanced Human Imaging achieved as it strives to secure its position as a leading global player in mobile-based telehealth and wellness technology?

A web of important partnerships

AHI has struck a string of deals with several commercial partners over the last few years as it develops its mobile phone-based medical imaging technology.

These partnerships have seen the company build a network of 15 businesses targeting some 6.5 million users.

Now, some of the partnerships in the above graph are yet to have final target users or expected revenue per user per month confirmed by AHI.

Accounting for only the partnerships that have both a target user figure and an average monthly payment per user, AHI has 5.71 million target users for an average of $2.50 per user per month across 12 partnerships.

Breaking things down even further, the sum of each set of subscribers and what they are expected to pay under these 12 partnerships comes in at just over $15.1 million.

To be clear, based on AHI’s targeted monthly users and subscription price, this is a potential $181 million in annual revenue up for grabs should the partnerships deliver on the targeted undertakings.

Yet, according to AHI Chairman and CEO Vlado Bosanac, the company has a far larger addressable market at its fingertips.

“If you look at the agreements we’ve signed across the globe at the moment, there’re over 400 million people available to us in those ecosystems,” Mr Bosanac said.

He said from the company’s perspective, it all comes down to what percentage of this market it can penetrate.

“When we look at our own subscriber bases on global standards, they sit between 3.8 and 5.6 per cent, and retention normally sits around 3.5 per cent,” he explained.

“When looking at those numbers, if you apply that to 400 million people, the number is staggering.”

He singled out the company’s partnerships with Cubert, TinJoy, Nexus-Vita, and Bearn as the source of millions of users and tens of millions of dollars in potential revenue.

So, how does AHI shape up against its publicly traded peers?

Mr Bosanac said through its diversified medical tech platform, AHI has a position in key markets: apparel, weight loss, health and fitness, insurance, and digital health, to name a few.

Let’s take a look at some other publicly traded companies in these industries.

On the ASX, Global Health (ASX:GLH) has designed a portfolio of software applications to help healthcare businesses provide more efficient services and bring about better outcomes for patients — particularly in mental health, diabetes, and cardiovascular disease.

Respiri (ASX:RSH) creates technology and software to help asthma patients and their physicians monitor and manage their condition. Respiri made $2.4 million in revenue last year and has a $69 million market cap.

As for AHI, the company currently has a market cap of $171 million. However, with the potential $181 million in annual revenue for the taking, it may be just a matter of time until Advanced Human Imaging is more comparable to its New York-listed peers than its Australian ones.

And the company is confident revenue is on the way. Mr Bosanac said after an eight-year journey, AHI is now at the “precipice of revenue”.

“We’re really at that point in the size of the business where revenue is going to happen,” he said.

The market for IT in the healthcare space is estimated to be worth US$81 billion (A$111.6 billion).

What’s more, Grand View Research pegged the global mobile health market at US$40.05 (A$55 billion) in 2020 and predicts a compound annual growth rate of 17 per cent through to 2028. This refers to only mobile phone-based healthcare tech.

This means even if AHI grabs a hold of just a portion of one of its addressable markets, it could be poised for major success.

What’s next for AHI?

AHI is positioned next to some major digital healthcare players, and the company has the tech and the strategy to make an impact in the telehealth market.

Further, the company is operating in an industry where investor interest is at an all-time high, and major players are constantly on the lookout for the next big thing.

Now, to be clear, there is always risk involved in any business, and nobody can account for unforeseen circumstances — like, say, a global pandemic.

Nevertheless, with a planned NASDAQ listing and some major potential revenue in the pipeline, Advanced Human Imaging believes it could be positioned for some impressive growth over the next several years. 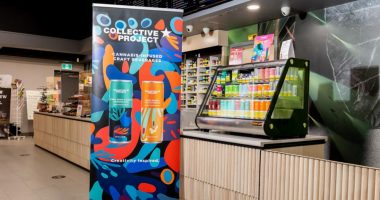