The $954 million publican owns 80 pubs throughout the country, the majority of which are leased to Endeavour, which was just split off of Woolworths.

ALE’s net tangible assets per security were $3.71, up 24.2 per cent from the previous year.

Six properties were sold this year, attaining prices that were 24.2 per cent higher than the aggregate book value.

The profits from these sales were utilised to decrease net debt and reorganise ALE’s interest rate swap book to some extent.

The Tudor Inn in Cheltenham, Victoria, and the Royal Exchange Hotel in Toowong, Queensland, are both up for sale by tender and auction.

ALE’s whole portfolio was independently appraised as of 31 October 2020, after the November 2018 rental determinations.

For the accounts ending on December 31, 2020, these valuations were used as carrying values.

For the period ending 30 June 2021, 36 properties of the portfolio were independently evaluated, while the remaining 44 properties were subject to directors’ appraisals, in accordance with ALE’s valuation policy.

Since December 2020, the valuation process has resulted in an increase of $89.71 million in aggregate values. The gain equates to a 7.45 per cent increase in the portfolio’s value.

Covenant gearing reduced from 41.3 per cent to 36.4 per cent due to lower net borrowings and increased investment property valuations, according to ALE.

The boost in values was fuelled by a drop in capitalisation rates. This was backed up by sales evidence, which ALE said underlined the portfolio’s strong lease covenant and strategic nature.

ALE also announced the FY 21 dividend forecast of 22 cents per security, up 2.3 per cent over FY 20 payouts. Beginning with the quarter ending September 30, 2021, distributions will be paid quarterly.

LEP by the numbers 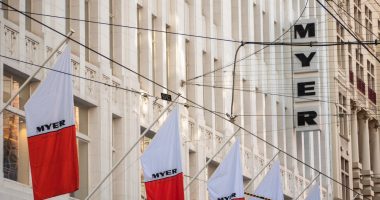