The Jedha-1 target can be found at the Southern Silicified Ridge (SSR) prospect which is part of the Horn Island gold project in Queensland.

The diamond drilling program included three holes for 1100 metres to test Jedha-1 which lies within a broader 189-hectare geophysical anomaly that has surface gold and pathfinder anomalism.

Hole 22NGD108 returned a high-grade intercept within a broad zone with results coming in at 19 metres at 0.3 grams per tonne (g/t) gold from 171 metres including one metre at 3.5 g/t gold from 181 metres and one metre at three per cent copper from 173 metres.

Based on the results, the gold system at the SSR prospect has been extended to a 200-metre depth over a one-kilometre strike and remains open at depth and along strike.

“We remain firm in our view that Horn Island will host multiple deposits and will ultimately represent two to three million ounces of gold,” Managing Director Andrew Buxton said.

“Excitingly also, high grade copper has appeared at depth and is adjacent to an elevated copper zone at surface, east of where this current drill program has occurred.”

The company will undertake a technical review once it receives all multi-element results. Along with geophysical modelling, this will help to optimise targeting for other drilling programs to advance what it considers a new emerging gold zone at Horn Island. 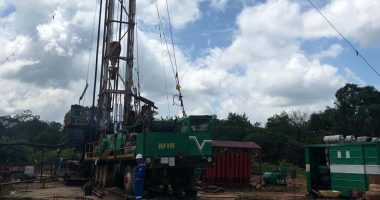 Bass Oil (ASX:BAS) has entered a conditional sale and purchase agreement (SPA) with a subsidiary of…