Almonty Industries: Bringing the largest tungsten mine outside of China to Australian investors 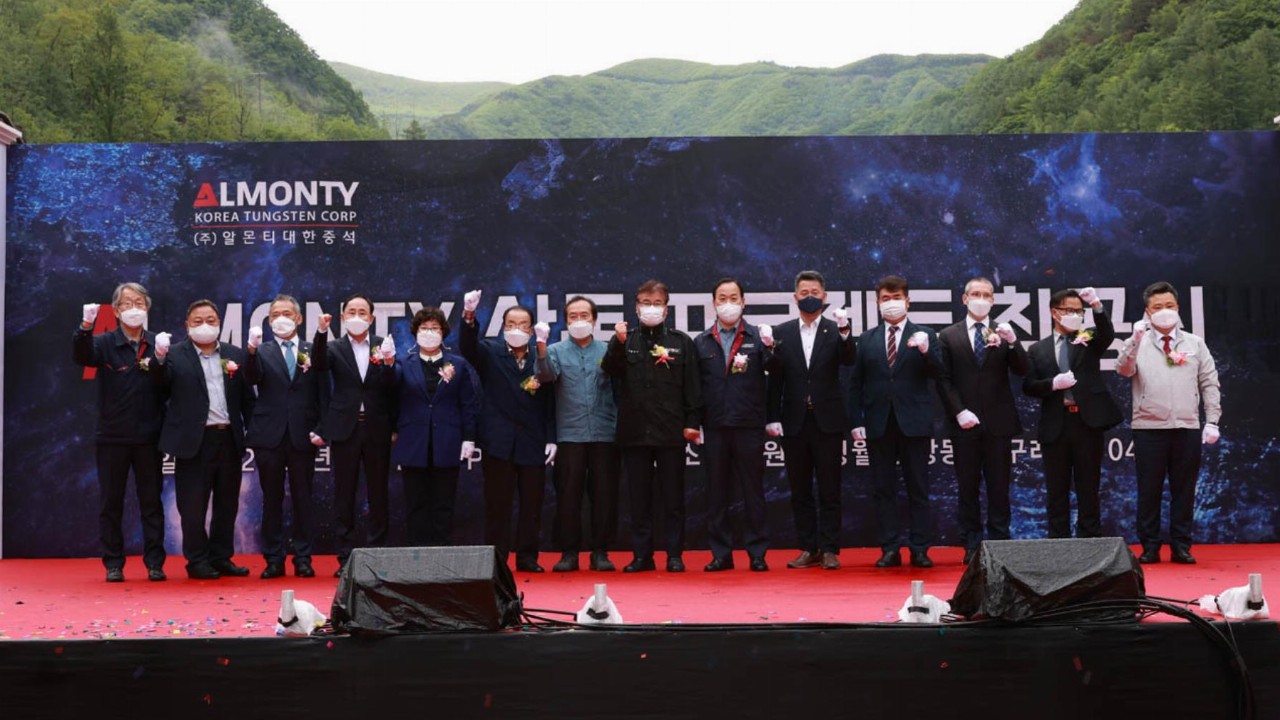 Throughout the 20th century, South Korea was one of the world’s major mining jurisdictions, with tungsten a key export commodity for the country.

For around four decades after the Korean war, South Korea produced massive amounts of tungsten from its Sandong Mine.

It got to the point where tungsten from Sandong accounted for over half of South Korea’s total exports — making the mine the powerhouse of the South Korean economy.

Nevertheless, falling commodity prices and a shift in focus to manufacturing saw operations at Sandong slowly scale down until the mine was eventually closed in 1994.

Yet, tungsten has since rebounded. Given its extremely high melting point, tungsten has important uses in modern tech — including lighting, mobile phones, military, cars, spacecraft and more.

The price of the metal is well above where it was 30 years ago, and while demand for tungsten has risen, South Korea has yet to retake its place as one of the world’s biggest producers.

Following the 1994 closure of the Sandong Mine, it was generally assumed that the mine was fully exploited and would remain closed for good.

Then, in 2006, Woulfe Mining Corp recognised the potential that still lay within Sandong, and the company subsequently secured the Sandong title and begun work to restart tungsten operations from the mine.

The South Korean government approved the development of the Sandong Mine in June 2010. In April 2012, Woulfe completed a feasibility study for the mine.

Then, in September 2015, Almonty Industries acquired Woulfe, and the company completed an updated feasibility study for the Sandong project in 2016.

Since then, Almonty has hit almost all necessary milestones ahead of the Sandong mine’s commissioning, which include:

The final step needed for Almonty to draw down on the KfW debt facility is to raise a further US$10 million (A$14 million) for Sandong’s construction.

Almonty plans to secure this funding and more with an upcoming listing on the Australian Securities Exchange.

Almonty launched a prospectus for an ASX initial public offering (IPO) on June 8, 2021, meaning the company is gearing up to bring the Sandong opportunity to Australian investors.

Almonty: The right strategy for the job

Almonty Industries describes itself as a “hands-on, turnaround investor-operator”.

Effectively, the company specialises in buying underperforming tungsten assets and, drawing from years of experience in the tungsten market, turning these projects around.

For example, Almonty bought the Los Santos mine in northern Spain back in 2011, with plans to reduce costs and increase the tungsten recovery rate of the project.

So far, Almonty has improved the recovery rate of tungsten trioxide (WO3) from Los Santos tailing to roughly 50 per cent — a “substantial improvement” compared to the tailings recovery rate of between 35 and 40 per cent when Almonty first bought the project, the company said.

At the same time, Almonty reduced cash operating costs by over 35 per cent at Los Santos and significantly increased cash flow.

So, with this strategy of buying up struggling mines and giving them a makeover, the prolific but forgotten Sandong mine seemed like a natural choice.

According to Almonty, the Korean operating environment for its mining industry is highly competitive. This means the Sandong project has relatively low materials and labour costs, low taxes and no royalties.

Almonty plans to have the mine producing tungsten by around mid-2022.

Further, the company plans to generate cash flow from the mine for more than 90 years once production begins. Sandong is expected to produce around 30 per cent of all tungsten outside of China and between seven and 10 per cent of the world’s total tungsten supply.

Much of Almonty’s expertise in the tungsten industry comes from a leadership team with decades of experience in resources and capital markets under its belt.

President, Chairman and CEO Lewis Black has been in the tungsten industry for over 15 years, having previously held the reins at former TSXV-listed tungsten miner Primary Metals.

He said there is a high barrier for entry into the tungsten market because the material is extremely difficult to process.

“Tungsten has the same density as gold, but that’s where the similarities end — it’s very brittle,” Mr Black said.

“Diversification is incredibly important, and we are very fortunate that we got the big one,” he said of the Sandong project.

“We got the biggest [tungsten] project in the world, and we’re in a fantastic country.”

Almonty’s board of directors has several decades’ worth of combined experience in other key sectors, including portfolio management and private equity, business law, resource project development, asset management and more.

Alongside the revamped Los Santos operation, Almonty also owns the Panasquiera Mine in Portugal, from which the company processes and ships tungsten concentrates.

Tungsten is a relatively new metal, having only been officially discovered in the late 18th century.

Since then, uses for the metal have evolved to the point where it has become crucial in many modern tech applications.

The element’s historical use has ranged from lightbulbs to x-rays to armour-piercing bullets. While it still has applications in these fields, tungsten has since become a core material for tech products, metal cutting, drilling equipment, nuclear reactors, golf clubs and more.

Importantly, tungsten is used in manufacturing cemented carbides or other hard metals. Because it has a hardness close to diamond, tungsten is used widely across the construction, mining and metalworking industries.

“It’s not replaceable. You cannot substitute it for anything else,” Mr Black said of tungsten.

“It has a very wide and broad use; every major government on this planet specifies tungsten as one of their top three strategic metals.”

With the ongoing growth in demand in these industries, the global demand for tungsten is forecast to grow by between 3 and 7 per cent per year, according to the British Geological Survey.

As it stands, China drives the tungsten market and delivers 83 per cent of the world’s concentrates. However, Beijing is increasing restrictions and regulations over exports of the metal, meaning importers are turning elsewhere for their tungsten supply.

Almonty Industries, with years of experience in the tungsten market, is about to bring a historic tungsten asset to ASX investors.

“This project is going to redefine not only Almonty, but it’s also going to be the primary go-to source for our customers for the next two generations,” Mr Black said.