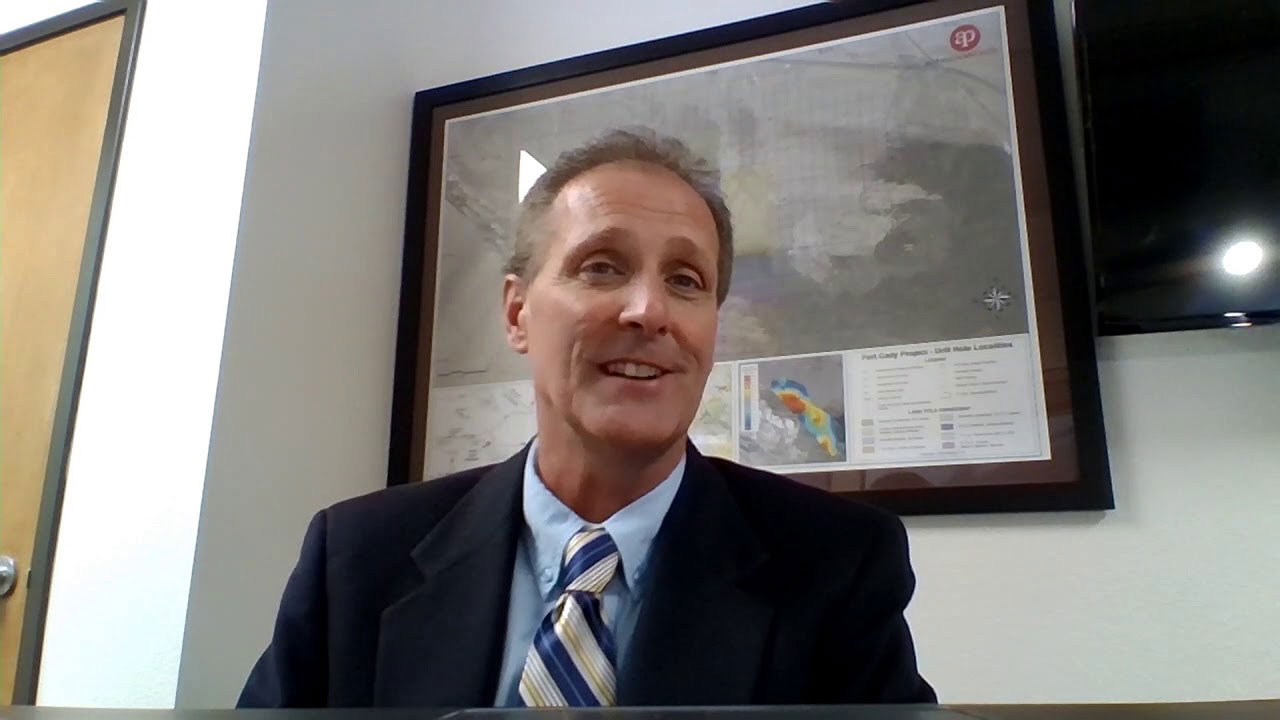 The Fort Cady Borate Mine Project is located in the southeastern desert region of San Bernardino County, California. It lies roughly 200 kilometres from Los Angeles and Las Vegas in the Barstow Trough of the central Mojave Desert.

The project sees the production of boric acid (BA) via solution mining of an ore body that is around 450 metres beneath the surface. The by-product is sulphate of potash (SOP).

SOP is a high-value speciality fertiliser that combines potash and sulphur that is used as a substitute for potassium chloride, MOP or KCl in crops. These crops are generally either sensitive to chloride or grown in areas with minimal rainfall where the build-up of chloride in the soil is problematic.

The original DFS outlined a three phase project which, in full production, would produce 408,000 tonnes per annum (ktpa) of BA and 109ktpa of SOP.

The following month, in January 2019, ABR modified the project by allowing for a low capex starter project, that split phase 1 into phases 1A and 1B. This reduced the amount of upfront capital required and gave the company more financial flexibility.

The now-completed enhanced DFS incorporates further engineering work completed since January 2019, as well as value engineering that has seen a substantial increase in proposed SOP production.

In full production, SOP production has increased to 363ktpa from 109ktpa – representing an outstanding 233 per cent increase.

Boric acid production remains unchanged at 408ktpa in full production, however phase 1A production has increased by 50 percent from 5.4ktpa to 8.2ktpa.

“This enhanced DFS now delivers a better mix of product revenue with SOP now making up around 43 per cent of our projected revenue. Our ambition of becoming a substantial global specialty fertiliser producer now presents with a more complete value proposition given our location in one of the world’s largest agricultural markets,” CEO Michael Schlumpberger said.

In terms of capital expenditure, there has been a US$211.7 million increase from US$526.2 million in January 2019 to US$737.9 million as outlined in the enhanced DFS. This is mainly due to increased production output.

ABR has forecasted an EBITDA of US$438.4 million for the first full year of production.

ABR is considering accelerating the construction of Fort Cady so that it can reach its full production targets faster.

Under this scenario, the overall scale of the project would remain the same, but Phases 1B and 2 would be built at the same time. However to do this, the company would need more external funding rather than just relying on cashflow. Therefore, this plan could only come into fruition if ABR can source external funding.

ABR has chosen to increase planned SOP production to contribute to the expected increased demand by the company’s target markets. These include California, the broader U.S. region and Mexico.

Demand for SOP in the U.S. is for various crops such as potatoes, avocado, tobacco, various citrus, berry fruits and stone fruits, alfalfa, coffee, cotton, soybeans, peanuts, sunflower and canola.

Borates also are in high demand, with more than 400 uses globally. The main uses are ceramics, fibreglass and fertilisers (micro nutrients).

Reportedly, consumers would welcome new sources of supply and, conveniently for ABR, there are very few other potential sources being developed.

The company sees this as a major opportunity, and continues to be encouraged by discussions with boric acid consumers.

Company shares are up an even eight per cent and trading for 27 cents each at 2:04 pm AEST.