Stock biomass increased 42 per cent to 532 tonnes, which totals over 30 million oysters on hand, ready for the upcoming festive season.
ASX:AS1      MCAP $31.89M 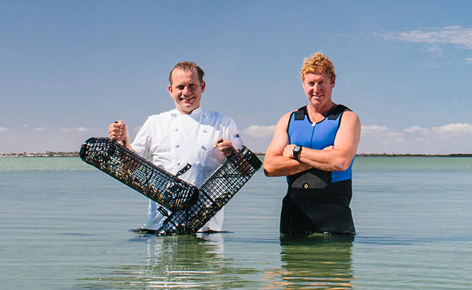 Angel Seafood (AS1) has had a record half year revenue following strong demand for oysters.

The company recorded a revenue of $3.6 million, up 46 per cent on this time last year, due to local demand for Angel Seafoods’ organic Pacific oysters grown on South Australia’s Coffin Bay.

Over the period, Angel continued to invest in water leases at Coffin Bay and Cowell.

Stock biomass increased 42 per cent to 532 tonnes, which totals over 30 million oysters on hand. This supply means the company is well positioned for the warmer months, where demand is typically higher especially over the festive season.

Angel ended the period in a strong financial position, with a cash balance of $2.5 million and liquidity of $4.1 million.

CEO and founder Zac Halman is pleased with the results during a period of increasing change and uncertainty.

“The results Angel has been able to produce over the half year have been really pleasing, showing strong growth in all key financial metrics,” Mr Halman said.

“Demand for Angel’s oysters remained strong. Retail channel sales continue to grow, and we saw some good recovery signs in the restaurant channel before most recent COVID-19 lockdowns returned. The record results were facilitated by the availability of stock from Angel’s increased scale and biomass, which remains stronger than ever.”

However, the recent lockdowns in New South Wales and Victoria has resulted in a degree of uncertainty in the near term for Angel.

“Notwithstanding these short-term challenges, we look forward with confidence and expect strong demand to rebound as we head into the warmer months. We have also been pleased to see early signs of export markets reopening, having recommenced some exports to Asia in August. We look forward to an exciting second half,” Mr Halman said.

Angel Seafood ended the day up 7.69 per cent and is trading at 14 cents at market close.

AS1 by the numbers