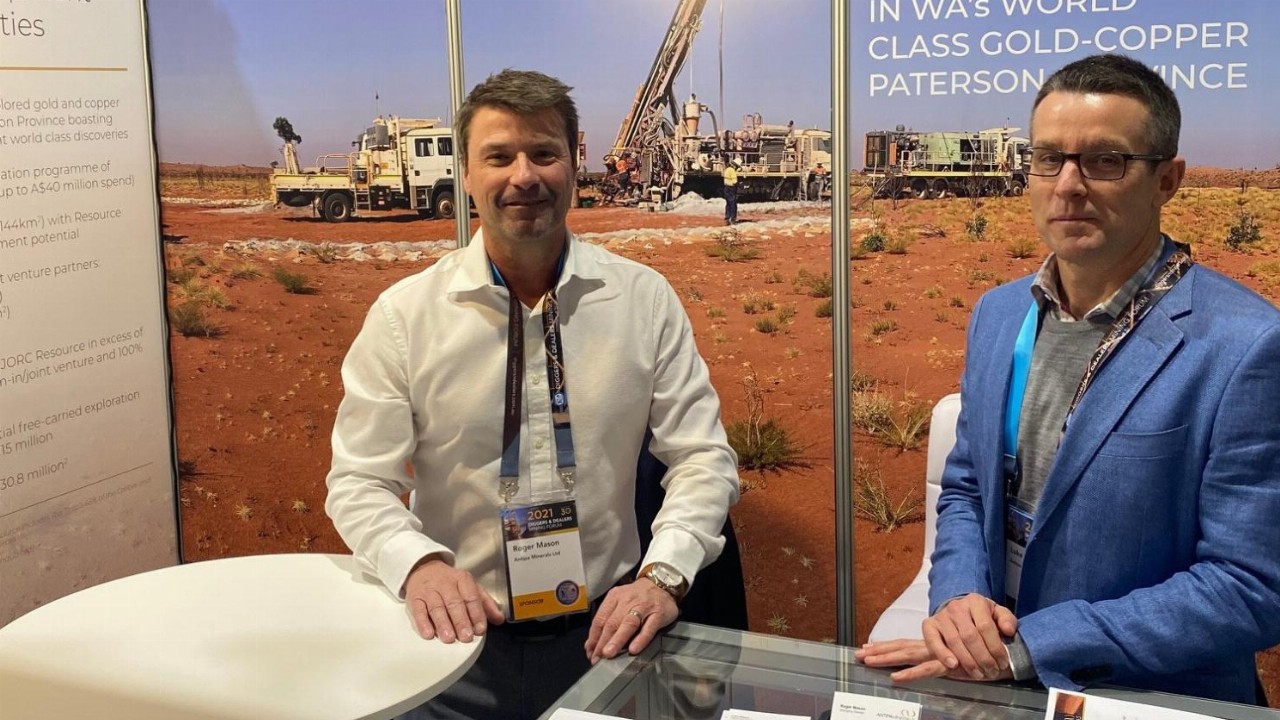 Antipa Minerals (AZY) has opened in the green on the ASX today after releasing the latest batch of assay results from drilling at its Minyari Dome project in Western Australia (WA).

The junior explorer said it had received assays for another 11 holes drilled as part of a first-phase exploration program in the area. According to Antipa, the latest round of assays returned some “significant” high-grade gold and copper intersections.

Antipa Managing Director Roger Mason said the company had intersected gold and copper mineralisation along 500 metres of strike down to 600 metres below surface at the project. This mineralisation remains open in several directions.

He added that a phase-two drilling program in the area has been expanded to drill some resource extension targets, including the Minyari East zone and several high priority greenfield targets.

He said this phase-two program should be finished in October this year.

Drilling at the Minyari Dome

So far, Antipa Minerals has taken on 21,400 metres of drilling across its Minyari Dome project, which hosts the Minyari and the WACA deposits.

The company has received assays for 20 holes from the phase-one program for 5665 metres — meaning assays for roughly 75 per cent of the drilling program are still outstanding.

Nevertheless, Antipa said the results so far had already extended the potential size of the Minyari resource and proven that zones of high-grade gold, copper, silver and cobalt mineralisation exists outside the Minyari deposit as well as the current mineral resource estimate boundary.

Antipa said it planned to use diamond tails to extend several of the reverse circulation (RC) holes that ended in mineralisation.

The Minyari Dome project lies in the Paterson Province of Western Australia, less than 35 kilometres away from Newcrest Mining’s (NCM) Telfer gold-copper-silver mine and mineral processing facility.