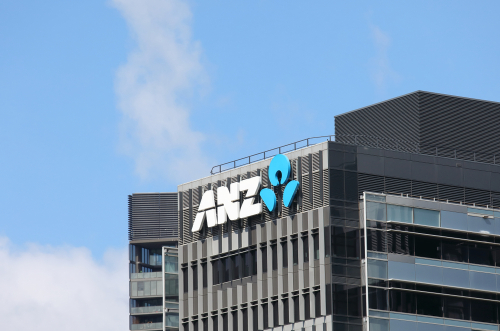 The ASX 200 advanced 46 points or 0.7 per cent to 6371 as ANZ’s half-year earnings fuelled a rebound in bank stocks and Apple’s well-received after-market quarterly triggered a rally in US stock futures. The local index reclaimed all of yesterday’s losses with some to spare as traders positioned in anticipation of a solid bank reporting season and a bright session tonight on Wall Street.

ANZ rose 3.1 per cent to an eight-week high after announcing a 2 per cent increase in cash profits to $3.56 billion over the six months to March and an interim dividend of 80 cents per share. CEO Shayne Elliott said the bank had done “pretty well” in a “tricky” environment that includes rising living costs, a downturn in housing and heightened scrutiny following the Royal Commission.

The result appeared to soothe fears about the bank results season, which continues with reports from NAB tomorrow and Macquarie Group on Friday. NAB shares put on 1.9 per cent, Macquarie 0.5 per cent, CBA 1.3 per cent and Westpac 2.1 per cent.

The local tech sector rose 1.4 per cent as sector leader Afterpay climbed 6.3 per cent to a fresh all-time high. Shares in the buy-now-pay-later company traded under $6 this time last year; today they sold for more than four times that figure at $26.84. Appen added 1.5 per cent and Computershare 2 per cent.

The interest in technology stocks followed an encouraging update from Apple released after the close of regular trade on Wall Street this morning. The smartphone seller beat analysts’ expectations and declared that the company’s turnaround strategy in China was producing results. That inspired a 5 per cent jump in the value of the company’s shares in after-market trade, which in turn stoked a rise in US stock futures. S&P 500 futures were lately up 11 points or 0.4 per cent, while the tech-heavy Nasdaq surged 0.7 per cent in futures trading.

Bega Cheese tacked on 4.3 per cent after winning a legal fight with Kraft Heinz over peanut butter packaging. Casino operator Skycity lost 4.8 cent after cutting its earnings expectations for the year.

Several European markets are closed tonight for May Day. The main event in the US aside from the reaction to Apple’s profit report is the outcome of the Federal Reserve’s two-day policy meeting. Back home, NAB is due to report half-year results tomorrow.