Questions are being asked about whether or not Emerge Gaming's (EM1) recent 6 million pre-registrations will become actual users.

The company has issued several recent updates on its new MIGGSTER Mobile Gaming Platform, with the latest update revealing 6 million pre-registrations had signed on.

However, Emerge has used a multi-level marketing company to drum up interest in the platform — meaning registrations are incentivised.

The business EM1 has engaged to drive sign-ups is also led by a founder who's companies have been flagged by a number of authorities as being high-risk.

Emerge's growing number of MIGGSTER registrations has, in turn, spiked the company’s share price over the last month, which was trading for 4.1 cents on October 13, to over 13 cents today.

Emerge is set to operate the new MIGGSTER platform, which allows online video game players to compete against each other for prizes.

The mobile gaming company expects the MIGGSTER Mobile gaming platform to launch in mid-November, with limited products available at present.

In order to drum up interest ahead of the launch, Emerge signed with Tecnología de Impacto Múltiple SL (TIM) to market the new game.

TIM is part of the part of the wider Impact Crowd Technology Group (ICT) — a multi-level-marketing company whose founder's methods have been questioned.

Specifically, founder Jonas Werner has had ICT and his other business Crowd1 flagged by market authorities in Norway, South Africa, New Zealand and the Philippines.

Crowd1 describe themselves as online networking and marketing company with intentions of "giving members all over the world the unique opportunity to take part in the gig economy".

ICT is even more overt in its business model, its website stating it is "Multi-Level Marketing – Reinvented."

Multi-Level Marketing, often referred to as MLM, are viewed with caution in many markets and by many regulators.

For example, the South African Financial Sector Conduct Authority (FSCA) — where the management team of Emerge are partly based — issued a warning about Crowd1 back in June, 2020.

The FSCA stated that the company "is not authorised to render the financial services it is providing" as it isn't a registered Financial Services Provider (FSP).

Werner has addressed the criticism levelled against Crowd1, ICT and his wider practices within the marketing industry.

He explained there was a lack of understanding about what both Crowd1 and ICT were trying to achieve — disruption of the digital marketing industry.

"Most multinational companies today have some form of incentive for existing customers to recommend and to affiliate new customers to them, by for instance offering them discounts and other types of beneficial rewards," Jonas explained.

What does this mean for Emerge?

The multi-level marketing practices adopted by ICT mean that an unspecified amount of pre-registrations for the Emerge Gaming platform are incentivised.

Emerge has admitted to shareholders that incentives were being used, as stated in their release on October 15.

"Pre-registration is offered to the public from today, 15 October 2020, with the network member affiliates being incentivised and rewarded for attracting platform subscribers by promoting MIGGSTER Mobile through their own social networks using social media platforms such as Facebook, Instagram, YouTube,
Twitter and WhatsApp, creating substantial reach and awareness," EM1 SAID.

But, It's not known how many pre-registrations will convert to paid subscribers when MIGGSTER launches next month, nor what users were offered as incentives.

At the time of publication, the company has not responded.

Currently Emerge Gaming shares are trading for 13.5 cents each, up 12.5 per cent. 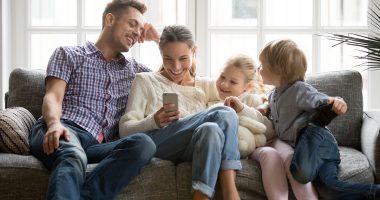 Quantify Technology (QFY) has provided an update on its planned merger with GSM Innovations and its Zimi brand. 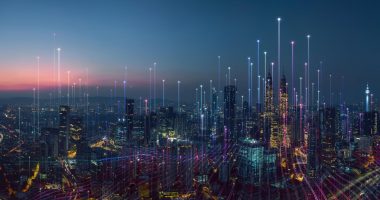 Pointerra (3DP) has delivered a strong increase in its annual contract value (ACV) over October and November.