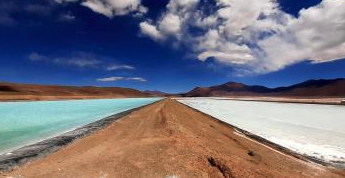 Argosy Minerals (AGY) has confirmed three magnetotelluric (MT) targets that are prospective for lithium brine accumulation at the Tonopah Lithium Project in Nevada, US.

This modelling has defined a major conductive anomaly, which is interpreted as a potential lithium brine acquifer, with depth to the top of the feature varying between 300 and 700 metres.

Accordingly, AGY said these variations could be attributable to basin faults, which it considered important targets for lithium brine accumulation.

Specifically, the first target is the deepest and most conductive and will require drill testing to a depth of up to 1500 metres.

Targets two and three are shallower and less conductive, and will require drill testing to a depth of up to 1200 metres.

“We now look forward to progression works to realise the potential of our strategic project in an established tier one mining region,” he said.

“The significant impetus for local lithium supply in the US has become critical and our Tonopah Lithium Project is in prime position and enhances Argosy’s value to all strategic groups across the battery and electric vehicle industry supply chain.”

Looking ahead, Argosy said it would consider potential exploration target works to assist with identifying lithium brine prospectively at Tonopah.

The company will then move onto drilling works to test the MT targets and determine the lithium brine potential in the project area.