A ‘pump and dump’ campaign occurs when a person buys shares in a company and launches a coordinated program that seeks to increase — or ‘pump’ — the share price. 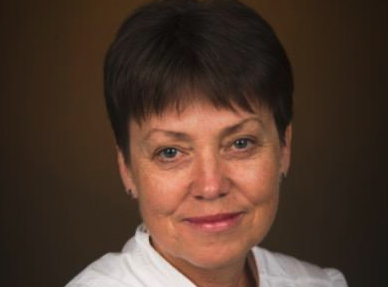 Australia’s market regulator has sounded the alarm on “a concerning trend” of social media posts being used to artificially inflate the value of listed stocks, which could be considered market manipulation and a breach of the Corporations Act 2001.

A ‘pump and dump’ campaign occurs when a person buys shares in a company and launches a coordinated program that seeks to increase — or ‘pump’ — the share price. This is typically done by using social media and online discussion forums to create a sense of excitement around the stock or spread false information about the company’s prospects.

These shares are then sold — the ‘dump’ — for a profit, often leaving other investors to suffer the share price decline.

In a statement released this morning, the Australian Securities and Investments Commission (ASIC) said it had recently seen blatant attempts to pump share prices, using posts on social media to announce a target stock, a designated time to buy, and a target price or percentage gain to reach before dumping the shares.

In some cases, ASIC said, posts on social media platforms could mislead people by suggesting the activity is legal.

But it’s not. It can attract a fine in excess of $1 million and up to 15 years’ imprisonment.

“We will continue to target actions that threaten the integrity of markets and to take enforcement action where appropriate,” she said.

“We expect anyone involved in these campaigns to recognise the potential impact on market integrity and to be aware ASIC monitors all trading on the ASX equity market on a real-time basis.”

Such real-time monitoring involves a sophisticated surveillance system, as well as the integration of trade data collected by ASIC with that of third parties. This allows ASIC to see underlying clients, identify networks of connected parties and analyse trading patterns.

“They should consider the circumstances of all orders that enter a market through their systems, and be aware of indicators of manipulative trading.”

“We have a wide collection of high net worth and institutional clients, plus thousands of retail clients who support our activities via our various social media channels,” Cloud Securities’ website says.

It was an odd development, given Zeus claims to be developing a number of uranium projects in Western Australia, despite a government-imposed ban on mining of the commodity that won’t be lifted any time soon.

Speaking to The Market Herald, a spokesperson for the Western Australian Government said the current uranium policy is not up for discussion.

“The position for the Western Australian Government hasn’t changed,” the spokesperson said.

“Uranium mining is banned in Western Australia, except for the four uranium projects that received State Ministerial approval from the previous Liberal National Government.”

Those, at the time, were Cameco’s Kintyre and Yeelirrie projects, Vimy Resources’ Mulga Rock project and Toro Energy’s Wiluna project.

It was mid-June when Zeus retained Cloud Securities. But by early September — following The Market Herald’s story — shares in the company had been suspended, with the ASX determining “that ZEU’s operations are not adequate to warrant the continued quotation of its securities.”