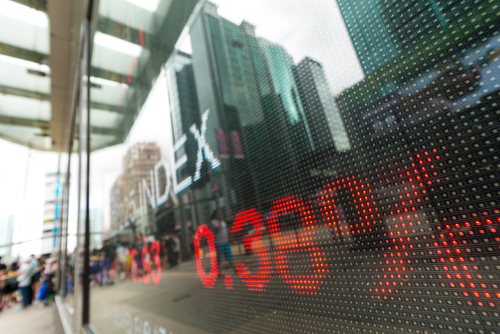 The share market’s bullish start to the new quarter continued after upbeat economic data triggered strong gains in Europe and the US overnight.

The ASX 200 rallied 52 points or 0.9 to 6269, its strongest read in almost a month and second highest since September last year. A broad rally saw gains across every sector except defensive gold stocks, with I.T., energy, and financials leading the charge.

Leading local tech stars Altium, Afterpay Touch and, Appen all rose at least 4.5 , with Afterpay carving out a new all-time high at $23.67.

On a morning for milestones, Rio Tinto regained the $100 level for the first time since the financial crisis before fading to a mid-session loss of 0.7 at $98.85. Fortescue Metals also marked a fresh post-GFC high, rising 4.6 after greenlighting a $US2.6 billion joint venture in WA with Taiwanese company Formosa Steel IB Ltd to mine high-grade iron ore.

Oil Search rose 2.5 after announcing a four-year deal to supply LNG to Unipec Singapore. Other oilers saw gains after US crude closed on a five-month high overnight. Woodside Petroleum put on 0.9 and Santos 1.5 . West Texas Intermediate futures advanced 27 cents or 0.4 this morning to $US61.86 a barrel.

Overnight, the S&P 500 in the US put on 1.16 to close within 2 of its all-time high after US manufacturing data continued a round of unexpectedly good factory figures from around the world. Chinese data released over the weekend ignited the global rally and produced further gains in Asia this morning. China’s Shanghai Composite gained 0.4 , Hong Kong’s Hang Seng 0.3 and Japan’s Nikkei 0.5 . S&P 500 futures were recently down 2.75 points or 0.1 .

A heavy schedule of domestic economic news started with an unexpected surge in building approvals. The ABS gauge showed a 19.1 jump in approvals, a much stronger result than the 1.7 contraction anticipated by economists. However, it is worth noting that the gauge is volatile and recorded a similar “outlier” surge in the same month last year.

The morning’s other economic release was more sobering. NAB’s measure of online spending recorded the largest contraction in its history during February as consumers cut spending on groceries and alcohol.

Looking ahead, a big day for domestic market-moving data continues with the 2.30pm EST release of the Reserve Bank’s revised rate statement and cash rate this afternoon, then the release of the Federal Budget at 7.30pm tonight. Wall Street’s most-anticipated release tonight is monthly durable goods orders. Tomorrow morning brings services indices from here and China, plus domestic trade and retail sales figures.