The ASX struggled to get into gear today as our sectors were split down the middle.

On the green side of the market were our tech stocks, our real estate stocks, and discretionary stocks. Offsetting the wins were our banks, miners, and defensive staples stocks.

The result meant the benchmark ASX 200 index flittered between red and green throughout the day, but in the end the victory went to the red side. The ASX 200 lost a slight 0.21 per cent to close at 5952.3 points.

Our own technology sector rode the Nasdaq wave once more, and Afterpay surged 5.07 per cent, Xero put on 0.83 per cent, and WiseTech gained 0.12 per cent.

Leisure stocks supported the wins, with Aristocrat Leisure up 1.15 per cent and Tabcorp up 0.58 per cent. The Star Entertainment Group gained 0.63 per cent, while Flight Centre had a happy day with a 5.76 per cent win.

The market's property groups did what they could to keep things up, with the real estate sector closing 1.28 per cent higher. Scentre Group gained 2.73 per cent, Dexus gained 0.77 per cent, and Stockland gained 4.04 per cent.

Alas, the wins were not enough to offset the losses, as each of our big banks took the financials sector lower. Westpac withdrew its prediction of an October budget day rate cut, instead predicting the next cut will come in November. Another month of slightly-higher interesting rates didn't mean much, however, and banks retreated.

Our materials sector almost pulled itself up from red but lost momentum in the final minutes of trade, closing marginal 0.3 per cent lower. Rio Tinto lost 1.48 per cent, BHP lost 1.25 per cent, and Fortescue Metals lost 0.31 per cent.

Nevertheless, our big gold miners had a mostly-happy day. Newcrest tacked on 1.27 per cent, Northern Star gained 3.45 per cent, and Saracen closed 2.57 per cent higher.

The biggest stain on the market today, however, was the consumer staples sector. Our supermarket giants, Woolworths and Coles, lost 0.74 per cent and 1.6 per cent, respectively, but it was diary giant The a2 Milk Company that dragged things down with a heavy 11.42 per cent fall. More on that below.

There's nothing like a supply deal with the world's biggest electric car company to chase away the Monday blues. This was true for ASX-listed miner Piedmont Lithium (ASX:PLL), in any case, which struck a lithium sales agreement with Tesla today. The deal will see Piedmont supply spodumene concentrate from its North Carolina deposit to Tesla for five years, with the potential to extend the deal for another five years. The spodumene will be supplied at a fixed price. While this price has not yet been announced, investors didn't seem to mind; Piedmont shares skyrocketed 83.33 per cent to 28 cents each today.

Meanwhile, dairy company The a2 Milk Company (ASX:A2M) shaved off a tenth of its value in one session after slashing its first-half guidance in light of a struggling daigou market. Daigou — the Chinese practice of buying infant formula in bulk from Australian stores and shipping it to China for a profit — has been bled dry due to the COVID-19 pandemic, and a2 Milk said this is a major source of infant formula revenue. The company now expects first-half revenue of between $725 million and $775 million, down from $807 million. Shares in a2 Milk tumbled 11.42 per cent to $15.20. 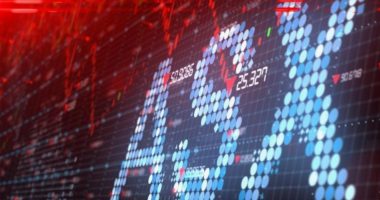 Loosening COVID-19 restrictions in Victoria were enough to fight off the Monday blues for Aussie investors, with the ASX climbing for its ninth