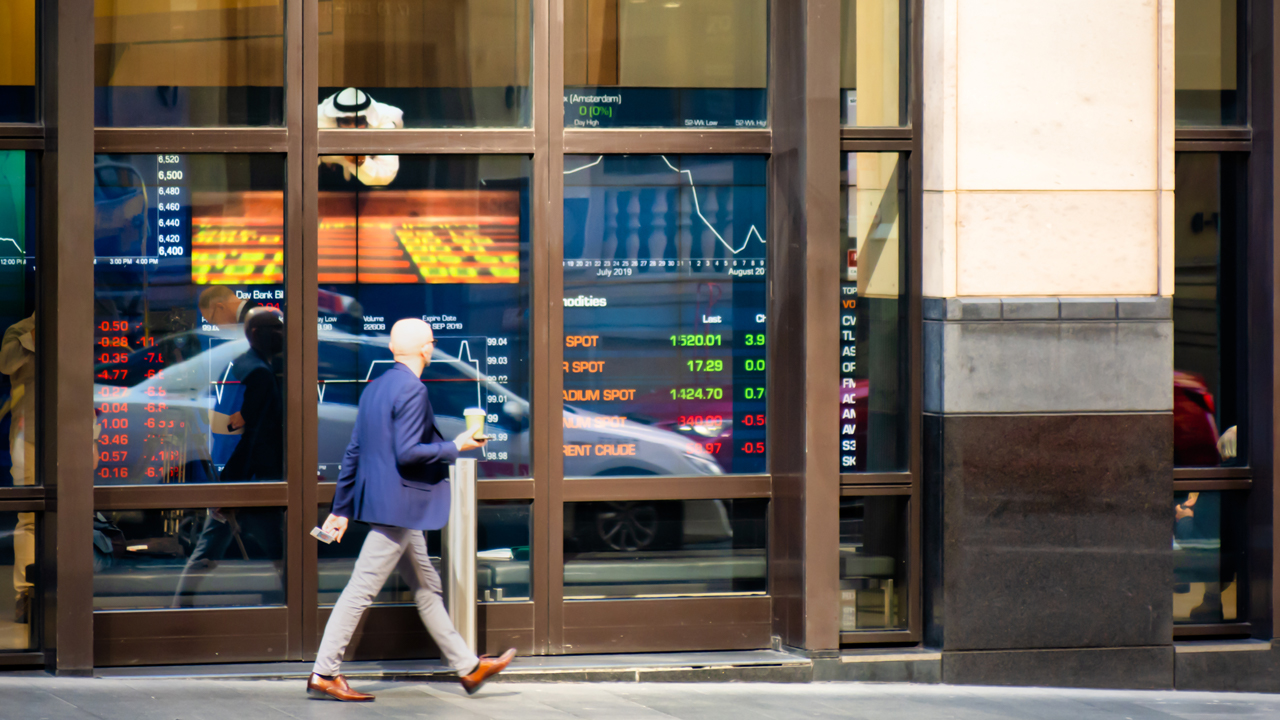 A week-long share market rally accelerated this morning on the back of upbeat corporate trading updates and improvements in commodity prices.

The ASX 200 rallied 30 points or 0.5 per cent to 6703 following well-received business reports from AMP, JB Hi-Fi and Star Entertainment Group. The benchmark index has edged higher every day this week despite overseas headwinds. This morning’s rise extended the index’s tally for the week beyond 50 points.

While resource stocks provided most of the weight behind today’s advance, the index’s best returns came from companies announcing news. Consumer stocks rallied after a strong sales report from JB Hi-Fi soothed concerns about the effects of the flagging economy on high street spending. Shares in the home entertainment retailer rose 6.1 per cent to an all-time high after the company reaffirmed its full-year sales guidance and announced first-quarter sales growth of 4.7 per cent at its Australian stores.

Casino operator Star Entertainment Group rose 4.7 per cent on a 1.5 per cent increase in first-quarter revenue and expectations that half-year revenue will be between $300 – $310 million, ahead of last year’s result of $297 million.

Investors were prepared to reward the positives in AMP‘s quarterly trading update, pushing the share price up 0.8 per cent despite news the wealth manager suffered a $1.9 billion net cash outflow as retail investors moved their money elsewhere. CEO Francesco De Ferrari said the company had experienced strong demand for its real estate investments and infrastructure debt. Fund manager IOOF Holdings advanced 1.3 per cent to its strongest level in 12 months after announcing funds under management increased by 3.1 per cent or $4.2 billion last quarter.

Energy was the best-performing sector after oil surged to its highest point in a month. Santos rose 2.3 per cent to reclaim the $8 level for the first time since 2014. Woodside added 2.2 per cent. Brent crude rallied 2.5 per cent overnight, but this morning gave back 37 cents or 0.6 per cent, trading at $US60.80 a barrel.

A lift in the prices of iron ore and copper helped lift BHP 0.9 per cent, and Rio Tinto and Fortescue 1 per cent. New Century Resources rose 14.5 per cent after announcing an upgrade to its Century Zinc Mine processing plant in the Gulf of Carpentaria.

Business technology solutions provider CSG jumped 29.8 per cent to 30.5 cents after the board of directors recommended a takeover offer from Japanese multinational Fuji Xerox at 31 cents. The offer was priced at a premium of 35 per cent above the average share price over the last month. Business conditions remain subdued, according to a Commonwealth Bank gauge released this morning. The bank’s Flash Composite PMI fell to 50.7 this month from a September reading of 52. While any result above 50 indicates expanding activity, the decline in growth is another sign that recent rate cuts have had minimal effect.

Hot today:Novita Healthcare took off this morning after the junior meditech company announced it had gained access to patient reimbursements through the US Medicare system for its platform for identifying attention disorders in schoolchildren. The company’s shares surged from 1.1 cents to a high of 2 cents before trading lately at 1.9 cents, a rise of 72.7 per cent. The TALi platform uses a game-based program to detect attention deficit disorders. More than six million children in the US have been diagnosed with the condition.

Not today:Qantas shares lost altitude after the company announced its first-half profit will take a hit of up to $55 million from protests in Hong Kong and the impact of trade tensions on freight demand. The national carrier’s shares hit their highest level in 14 months earlier this month, but this morning dived 3.6 per cent. While total group revenue hit a record $4.56 billion last quarter, investors were more concerned by the impact of geopolitical events. The company has reduced flights to Hong Kong in response to weakening demand.

A mixed morning on Asian markets saw China’s Shanghai Composite fall 0.2 per cent, Hong Kong’s Hang Seng rise 0.1 per cent and Japan’s Nikkei add 0.5 per cent. S&P 500 index futures were recently down one point or less than 0.1 per cent following after-market earnings updates this morning from Microsoft, Tesla and Ford.

Turning to commodity markets, gold futures were flat at $US1,495.70 an ounce.

On currency markets, the dollar slid less than a tenth of a cent to 68.52 US cents.