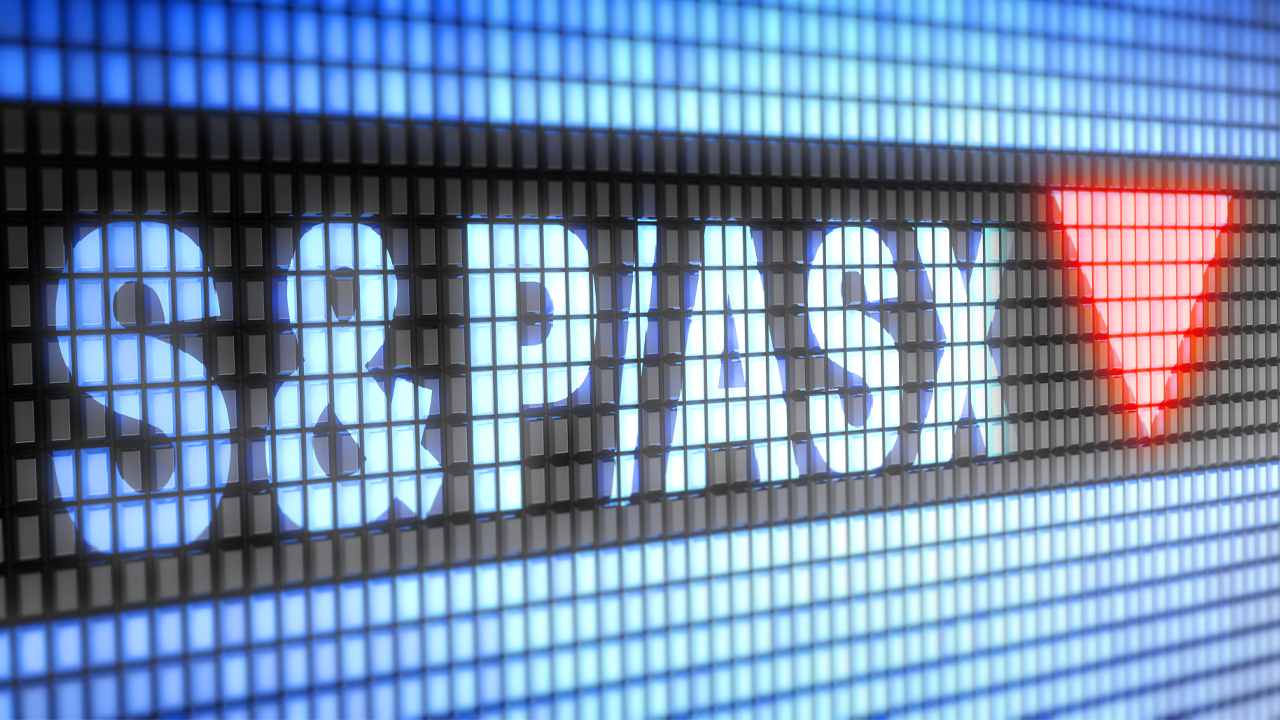 Shares shrugged off early weakness to trade barely changed as rises in industrials and yield stocks offset weakness in miners.

The ASX 200 fell as much as 21 points in early action before paring its mid-session loss to three points or less than 0.1 per cent at 6640. The index advanced 36 points or 0.5 per cent yesterday to its highest close in eight sessions amid optimism over Friday’s verbal trade agreement between the US and China.

US stocks closed little changed overnight as that optimism faded following reports China wants further talks before committing pen to paper. The S&P 500 eased four points or 0.14 per cent in lacklustre holiday-affected trade. This morning’s ASX reversal followed a rally in US index futures as the spotlight moved from trade woes to tonight’s company earnings as a new quarterly reporting season gets underway. S&P 500 index futures climbed six points or 0.2 per cent.

Qantas rallied 2.5 per cent this morning to extend yesterday’s 13-month closing high. The airline is one of the big winners from the recent slump in oil prices.

Buy-now-pay-later sector leader Afterpay rallied 1.7 per cent to a new record following an analyst upgrade from Morgan Stanley. The broker raised its recommendation to ‘overweight’, with a price target of $44. The shares were lately selling for $36.71.

Health giant CSL had a record close within reach after rising 1.3 per cent. Fisher & Paykel Healthcare pushed further into uncharted heights, climbing 2.3 per cent a day after upgrading profit guidance.

Cooper Energy was among the index’s best performers, rising 2.7 per cent after hitting gas at its Pretty Hill lease in South Australia’s Otway Basin. Energy sector heavyweight Woodside eased 1.2 per cent and Santos shed 2.8 per cent. Brent crude settled $1.16 or 1.9 per cent lower at $US59.35 a barrel overnight and this morning retreated another 31 cents or 0.5 per cent to $US59.04.

Iron ore miners were the biggest drag on the index after the ore price was weighed down yesterday by evidence of increased production by Brazilian giant Vale and by deteriorating steel prices. BHP fell 1.7 per cent, Rio Tinto 1.5 per cent and Fortescue 3.3 per cent.

Hot today:shares in Armour Energy surged almost 50 per cent after the oil and gas explorer announced it had signed a farm-in deal with industry giant Santos. The term sheet brings Santos’s considerable resources to bear on Armour’s South Nicholson Basin project, which straddles north Queensland and the Northern Territory. Armour’s Executive Chairman Nick Mather said the basin represents “one of Australia’s, if not the world’s, great opportunities for the discovery of a new frontier oil and gas province”. Shares in Armour were lately up 49 per cent at 6.9 cents.

Not today:media stocks came under the blowtorch after Southern Cross Austereo warned of weak trading conditions. Shares in the company, which owns radio, TV and digital assets, including the Triple M brand and 85 other radio brands, crashed 22.3 per cent to a four-year low. Other companies followed suit after Southern Cross described advertising markets as “short and volatile”. Nine Entertainment fell 7 per cent and Seven West Media 3.2 per cent.

Turning to commodity markets,goldfutures drifted 40 cents or less than 0.1 per cent lower to $US1,497.20 an ounce.

On currency markets, the dollaredged up more than a tenth of a cent to 67.84 US cents.