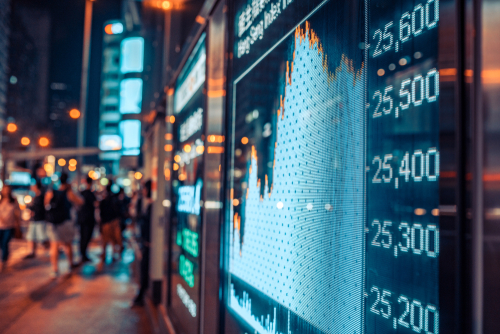 Aussie shares edged higher for the first time in five sessions as gains in resource stocks offset weakness in the big banks and other yield sectors.

The ASX 200 rallied as much as 20 points before caution set in ahead of a slew of Chinese economic data. By the halfway market, the index had pared its gain to just seven points or 0.1 per cent at 6168. A close around these levels would avert the index’s worst losing run since October.

A mixed morning saw gains in resource stocks largely offset by declines in yield sectors. Resource giants BHP and Rio Tinto spearheaded the rally, rising 1 per cent and 1.4 per cent, respectively, as the metals & mining sector put on 1 per cent and materials 0.8 per cent.

Energy stocks advanced 1.3 per cent after crude oil closed at a four-month high in the US overnight. West Texas Intermediate crude rose $US1.39 or 2.4 per cent to $US58.26 a barrel on news that US stockpiles unexpectedly declined last week. That helped lift Australian oiler Beach Energy 4.5 per cent, Oil Search 1.8 per cent and Santos 1.4 per cent.

The market had strong overnight leads following gains on Wall Street and after the British parliament ruled out a no-deal Brexit. The S&P 500 rose 0.69 per cent in the US to a four-month closing high as tepid inflation data gave the Federal Reserve breathing space on rates and solid durable goods orders dampened fears for the economy. In Britain, MPs voted against the option of quitting the European Union without a deal in place.

However, traders here were reluctant to step in before a monthly update from China that was expected to continue this month’s trend towards soft economic data. Chinese government data on industrial production and retail sales was expected to underline the damaging effects of the trade war with the US.

Asian markets traded mixed ahead of the release. China’s Shanghai Composite eased 0.25 per cent, Hong Kong’s Hang Seng edged up 0.1 percent and Japan’s Nikkei gained 0.4 per cent. S&P 500 futures were recently down 2.25 points or 0.1 per cent.

Turning to potential market-moving events over the next 24 hours, the monthly Chinese economic update will likely set the tone for the rest of the session here. There are no major economic releases scheduled in the US tonight. The Brexit debate in the UK moves to a third vote tomorrow morning, with lawmakers likely to seek an extension to the March 29 deadline for leaving the EU.