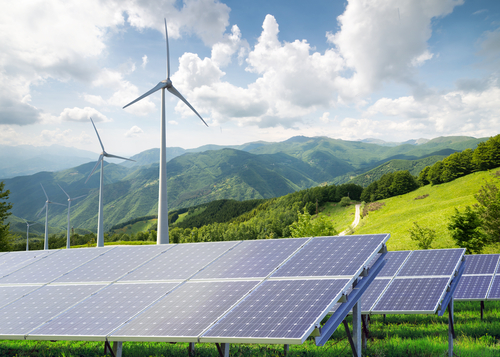 The ASX 200 eased nine points or 0.1 per cent to 6373 on below-average volume while many market participants enjoyed a long weekend. The session was marked by a gentle rotation from risk assets into traditional defensive sectors, including gold miners, utilities and health stocks.

The index leaders were mostly gold companies such as Saracen Mineral, up 6.3 per cent, Newcrest, up 2.5 per cent, and Evolution Mining, up 2.5 per cent. That followed two days of modest recovery in the price of the precious metal over the Anzac Day holiday period. Gold futures were lately up $3.20 or 0.3 per cent for the morning at $US1,282.90 an ounce after touching their lowest level of the year earlier this week.

Nanosonics was the pick of the health stocks, rising 2.4 per cent. Ramsay Health Care advanced 1.4 per cent towards a third straight gain. Cochlear put on 0.3 per cent and CSL 0.4 per cent. Among utilities, AGL Energy jumped 1.5 per cent to a nine-month peak.

Mining giants BHP and Rio ticked lower following retreats in base metals and crude overnight. BHP fell 1.2 per cent to a four-week low. Rio dipped 0.5 per cent. The big four banks traded close to break-even, with Westpac best with a gain of 0.2 per cent.

Flight Centre lost altitude after cutting its profit guidance, citing a downturn in trading conditions. Shares in the travel agency tumbled 11.6 per cent.

Overseas, the Anzac Day holiday period was marked by minor falls on Wall Street and a nasty slide in China. The Shanghai Composite tumbled 2.43 per cent yesterday amid speculation that recent signs of improving economic activity will encourage the government to curtail stimulus measures. Markets were mixed this morning, with Japanese traders looking to close out positions ahead of Golden Week public holidays. The Shanghai Composite slid another 0.4 per cent, Hong Kong’s Hang Seng rebounded 0.4 percent and Japan’s Nikkei slid 0.7 per cent.

Traders in the US focussed on company earnings reports. A big miss by industrial conglomerate 3M dragged the Dow to a loss of 0.51 per cent overnight and the S&P 500 down 0.04 per cent. S&P 500 futures were recently off 2.3 points or 0.1 per cent.

Oil extended overnight losses. Texas crude futures were lately down another 36 cents or 0.6 per cent to $US64.85 a barrel. On currency markets, the dollar was buying 70.26 US cents.

Looking ahead to tonight’s trading, the big-ticket item in the US is the advance quarterly GDP report. Also due are earnings updates from the likes of Chevron, Exxon Mobil and Colgate-Palmolive.