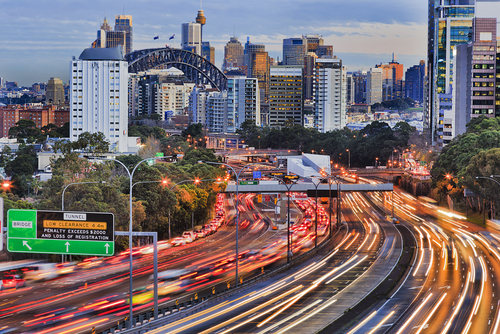 A choppy morning saw the ASX 200 surrender early gains, then recoup them following the mid-morning April jobs update. At mid-session the benchmark index was up four points or 0.1 per cent at 6288.

The case for lower rates was supported by a jump in the unemployment rate to 5.2 per cent during April from a revised 5.1 per cent in March, and by the loss of 6,300 full-time positions. However, the headline jobs number saw seasonally-adjusted growth of 28,400 positions – twice what economists expected – thanks to an increase in part-time workers of 34,700. In other words, the report appeared to offer no clear case for or against the Reserve Bank changing the cash rate. And where there is doubt, central bankers sit on their hands. The dollar barely blinked, lately buying 69.2 U.S. cents.

A rebound in crude oil helped make energy the best of the sectors. Texas crude futures put on 24 cents or 0.4 per cent to $US62.02 a barrel overnight after the U.S. ordered American citizens out of Iraq amid fears of attacks by Iranian-backed terror groups. Origin Energy rallied 3.5 per cent, Oil Search 1.5 per cent and Santos 1.8 per cent.

Westpac was the biggest drag on the index, falling 4.5 per cent to a one-month low as it traded without its dividend. ANZ was the pick of the banks, rising 0.9 per cent. CBA gained 0.6 per cent. NAB eased 0.7 per cent.

Shares in Xero surged 10 per cent to an all-time high after the aspiring global cloud accounting giant inched into profit during the second half of the reporting year. CEO Steve Vamos said the company added more than 150,000 subscribers in six months in the UK alone.

Beauty care manufacturer BWX plunged 20 per cent after the company slashed its earnings outlook and unveiled a new CEO and plans to restructure.

Turning to the speculative end of the market, today’s best performer was a China-focussed mobile commerce provider called 99 Wuxian. The company’s market capitalisation briefly doubled after it reported gross profits increased 31.6 per cent last quarter as it secured 160 new business partners. Shares in the company were lately up three cents or 45 per cent to 10 cents.