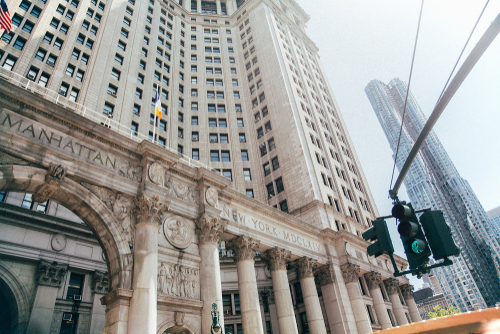 The ASX 200 slid 28 points or 0.5 per cent to 6268 as part of a global flight from risk assets after White House officials indicated they were deadly serious about raising tariffs on Chinese imports on Friday. Investors who had initially dismissed the threat as a negotiating tactic changed their minds overnight, sending the S&P 500 down 1.65 per cent and the Dow down 1.79 per cent.

That sparked another day of selling here – the sixth in eight sessions since the benchmark index hit a decade high in late April. The high-flying I.T. sector copped the brunt, falling 2.2 per cent as traders took profits in Afterpay – down 6.6 per cent – Wisetech – down 3.4 per cent – and Computershare, down 2 per cent.

Energy stocks were the session’s other major loser as crude got caught up in the retreat from risk. Beach Energy shed 2 per cent, Origin 1.9 per cent and Santos 1.3 per cent. Texas oil futures lost 85 cents or 1.4 per cent to settle at $US61.40 a barrel overnight before staging a partial rebound this morning to $US61.91.

Treasury Wine Estate suffered the biggest prang on the index, falling 6.3 per cent after the CEO sold some of his shares and a US hedge fund accused the company of inflating sales by pushing excessive product onto distributors, a practice known as “channel stuffing”. The company has not responded to the accusation.

The biggest bolter on the bourse was a health minnow called Orthocell whose shares briefly tripled after the company declared patients trialling its nerve regeneration treatment had regained sensation and muscle function. While the treatment is still in its early stages of development, the company says the potential market in the US alone is more than 20 million, hence the rush to buy. The share price was lately up 177 per cent.

Among the market heavyweights, BHP slipped 0.9 per cent and Rio Tinto 0.5 per cent. The big four banks were all positive, none by more than 0.2 per cent.

Asian markets declined under the threat that the US-China trade war may drag on longer than investors anticipated. China’s Shanghai Composite shed 0.6 per cent, Hong Kong’s Hang Seng 0.7 percent and Japan’s Nikkei 1.6 per cent. S&P 500 futures edged up four points or 0.1 per cent.

On currency markets, the dollar was buying 70.2 US cents.

Looking ahead, China is due to release trade figures this afternoon and inflation data tomorrow. Meanwhile in the US, all eyes will be on the trade negotiations.