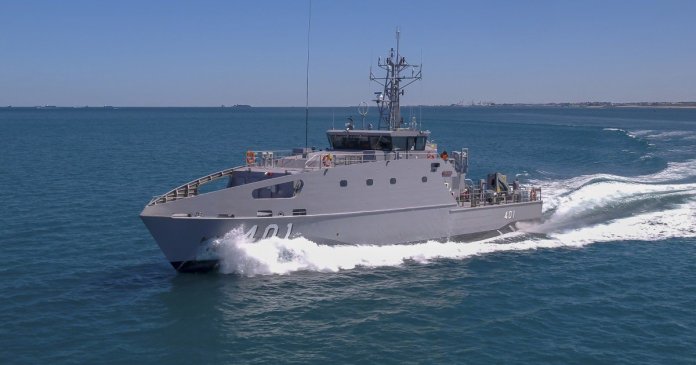 Austal Limited has announced the delivery of its second Guardian Class Patrol Boat (GCPB) to the Australian Department of Defence.

This was handed over to the Prime Minister of Tuvalu and his Government, this is the second of 21 GCPB’s being gifted to 12 Pacific Island Nations surrounding Australia.

Austal has been developing its maritime security vessel designs since 1988 and the Guardian Class represents the latest evolutions of these designs.

“It is a reflection of the skills, experience and, management of the Austal team that since May 2016 we have developed a brand new facility in Naval Base WA, designed a production line assembly process, completed the detailed vessel design and are now delivering the second vessel less than three years later,” Mr Singleton added.

Austal has designed, constructed and presented more than 300 commercial and defence vessels to more than 100 operators in 54 countries.