Under the reciprocal deals, MIM has the right to earn an interest of up to 65 per cent in Austral’s Queensland joint venture (JV) exploration permits by spending $6.3 million in the area over four years.

Meanwhile, Austral will be able to earn a 65 per cent interest in MIM’s Russel Fault exploration permits by spending $2 million in four years.

Austral will retain the rights to explore for and commercially exploit oxide copper ore within its Queensland tenements, and the chance to earn an interest in MIM’s permits effectively increases Austral’s copper exploration area by 116 kilometres.

The parties have agreed to share exploration data and certain resources as part of the deals, which are currently non-binding in nature.

Austral CEO Steve Tambanis said the agreement was a win-win transaction with the potential to discover new orebodies that could extend operations of both companies in the region.

“Glencore is focussed on discovering new base/precious metal orebodies in this metal-rich area, and Austral believes there is excellent potential to define additional oxide copper resources to be processed at its nearby Mt Kelly SXEW plant,” Mr Tambanis said.

“The prospectivity of the area has been significantly enhanced by two new geophysical datasets flown by Glencore in late 2021 and processed earlier this year.

“This new data has generated a number of priority targets for the JV, and drilling is expected to commence within months.”

Both Austral and MIM are working towards completing binding agreements in Q3 2022.

Austral initially budgeted $5 million for exploration expenditure over a two-year period from listing but has now increased this to $10 million over the next 12 months and up to $10 million per annum from 2023 onwards.

The company said this was significant as this larger expenditure increased the potential for value-adding discoveries with a larger exploration team to explore multiple prospects in parallel.

AR1 by the numbers 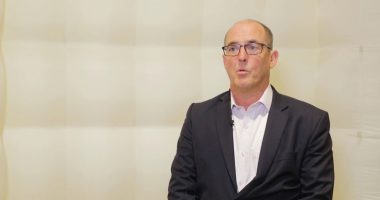