Australasian Gold (ASX:A8G) set to shake up ASX as the new gold stock on the block

Fortified by savvy leadership, a thriving gold market and a swathe of lucrative prospects, Australasian Gold (A8G) is set to make an ASX debut like no other.

Australasian is set to make its formal premiere on the ASX on April 23 with an undiluted market cap of up to $9.6 million and just over 48 million shares. The company’s goal is to raise at least $4.5 million through its IPO to fuel burgeoning exploration activities.

While there’s certainly no shortage of gold plays on the market, investors are aware it takes more than just stumbling across a physical and metaphorical pot of gold to make it big.

Australasian Gold embodies a number of key characteristics that set it apart from your typical junior explorer, and perhaps most notably is its leadership team.

Bolstered by corporate finance expertise, an unmatched understanding of mineral exploration and a keen eye for project development, this new market player is certainly set to cause a stir.

It pays to be connected

Backed by more than just experience in the field, Dr Zeng attained his PhD in geology in 2013 from the Centre for Exploration Targeting, the University of Western Australia, and has published a plethora of academic papers focussing on structure geology.

Dr Zeng also brings his network of strong connections built during his professional pursuits throughout Asia to the company — crucial relationships that could unlock significant value for Australasian Gold and its investors further down the track.

He’s also been on the ground and involved extensively in gold and lithium exploration as a consulting geologist for Eldorado Gold Limited and CSA Global China and Australia.

With critical experience in connecting Australian companies to Chinese organisations, Dr Zeng and the team are primed to make waves in the precious metals market.

Australia and China are two of the top gold producing countries in the world today, recording outputs of 325.1 tonnes million tonnes and 383.2 tonnes, respectively.

Whether it be through acquisition, loans or trade, the nature of the relationship between Australian and Chinese gold producers is one of constant evolution, and cultivating that relationship is key.

China has demonstrated a clear keen interest in Australia’s gold producing capabilities over the years and — what’s more — has the money to spend.

Upon its listing, Australasia will join a plethora of fellow ASX-listers that have also been able to capitalise on this two-way tango.

Cardinal Resources (CDV) has also been eyed by Shandong in a bidding battle that eventually came to a conclusion earlier this year with the company securing a controlling interest in the explorer.

On a national level, gold accounted for $19.7 billion of our global exports over the 2018/19 year and ranked sixth out of our top 20 exports for the period.

With this encouraging context in mind, Australasian Gold’s looks to have secured a promising exploration foothold in the red dirt.

A portfolio of prospects

A8G currently has three Australian gold and precious metals projects lined up across two states, with a plethora of exploration activities set to take place immediately after the company makes its listing debut.

There’s also the company’s Fairview gold project, which will be poised for exploration efforts as soon as the tenement application has been approved.

Following the approaching listing, Australasian has laid plans for exploration at the two Queensland tenements including geochemical surveys, geophysics and drilling.

Broadly, these efforts are designed to better understand the geology of the areas to lead into expansions of known mineralisation and the pursuit of discovering of new deposits.

A different kind of offering

Investors have been offered stakes in this nimble gold play at 20 cents apiece, but will only have until April 1 to claim their slice of the action.

Australasian Gold represents an opportunity seldom seen on the ASX, a notion that already appears to have been picked up on by high net wealth investors, receiving nearly $5 million worth of commitments under the IPO so far.

With its profile only set to flourish as a public company, A8G’s goal of turning promising exploration targets to ones of tangible precious metal production, tables a tantalising and attainable prospect.

As the days leading to Australian Gold’s debut draw close, shrewd investors with eyes for the next disruptive gold player may have found just the ticket. 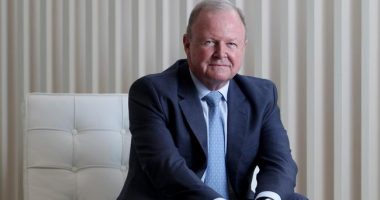 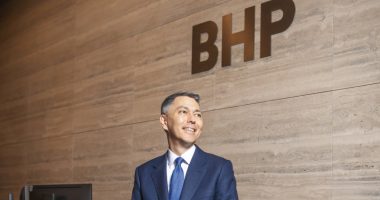 Amid the coronavirus crisis, it's been sink or swim for ASX-listed stocks. 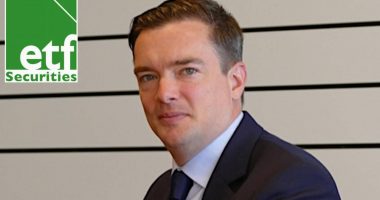 " Battery Technology and the ION future﻿