The Australian Bureau of Agricultural and Resource Economics and Sciences (ABARES) predicts the gross value of agricultural production to hit $73 billion in 2021-22 financial year. 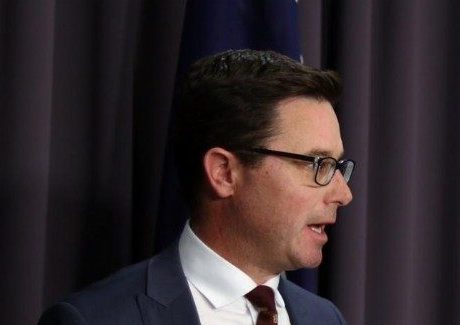 A strong growing and selling climate is set to drive Australia’s agriculture sector to its best year on record.

The Australian Bureau of Agricultural and Resource Economics and Sciences (ABARES) is forecasting the gross value of agricultural production to hit $73 billion in the 2021-22 financial year. If this prediction proves accurate, it will mark the first time Australia’s agriculture sector value has surpassed $70 billion.

Over the 2020-21 financial year, the gross value of agricultural production came in at around $69 billion after sitting below $65 billion for the several years prior.

This week ABARES Executive Director Jared Greenville predicted a strong year for agriculture on the back of several contributing factors “all tumbling neatly into place”.

“The value of crop production is set to rise by 7 per cent to $39.5 billion because of another near-record winter crop harvest, combined with strong global prices for grain, sugar and cotton,” Dr Greenville said.

On top of this, the value of livestock production is tipped to increase by 8 per cent to $33.5 billion.

Most of Australia’s major export commodities are set for a price increase this financial year, with wheat prices forecast to increase by 8 per cent and wool prices by 16 per cent.

A tight global supply of oilseeds is predicted to see Australian canola prices rise 16 per cent, while cotton is expected to increase by 38 per cent compared to the year before.

Livestock exports are pegged to grow by 7 per cent to $24.7 billion, though live slaughter cattle prices are forecast to dip by 8 per cent.

The ABARES said despite the strong predictions and on top of the loss of China as a major trade partner for some key exports, the coronavirus still poses a major risk to the agriculture sector. Ongoing outbreaks slow the recovery in travel and discretionary spending and subsequently lead to reduced prices for agricultural products.

Further, high international freight costs also pose a risk to the agriculture sector, while locally, large mouse populations may have a serious effect on production. Nevertheless, the ABARES said the impact of mice was likely to be regional and not national.

Despite the risks and threats, however, Dr Greenvile said the international market was still tipped in Australia’s favour with poor harvests in North America and Europe pushing prices higher even as Australia enjoyed a “robust” harvest.

“A good year means optimism at the sale yards, and many of our farmers are enjoying their second good year in a row. This has translated to record prices for young cattle as farmers look to restock,” he said.

“Unfortunately, all good things must come to an end.

“Australian farmers operate in one of the world’s most variable climates, so we cannot expect the good seasons to keep coming.”

He said the same was true for high global prices.

Still, Dr Greenville and the ABARES maintained that the past two years had put Australian farmers in a good position to face challenges ahead.