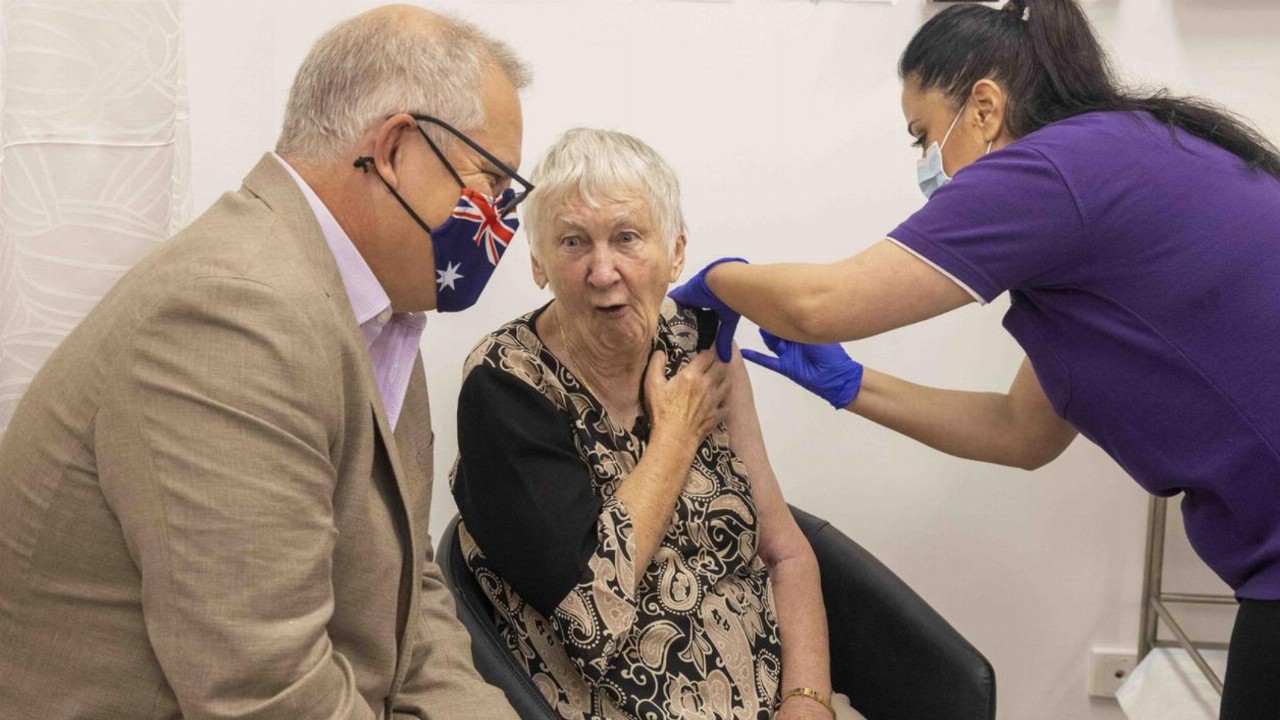 Scott Morrison and Jane Malysiak, an 84-year-old World War II survivor, were first in line for the Pfizer shot on Sunday.

Pleased to get my #COVID19 vaccine today along with Australia’s CMO Professor Paul Kelly to give further confidence to Australians these vaccines, which have been tested and approved by our medical experts, are safe & effective. pic.twitter.com/uz7uX900My

“Today is the beginning of a big game changer, there’s no doubt about that,” the Prime Minister said.

“Tens of thousands of people will be coming in tomorrow and I wanted them to know as they went to bed tonight that we have been able to demonstrate our confidence in the health and safety of this vaccination,” he added.

“Join us on this Australian path that sees us come out of the COVID-19 pandemic,” the PM concluded.

Chief Medical Officer Paul Kelly also received a COVID-19 vaccination and used the occasion to urge all Australian to get immunised when it’s their turn.

“I encourage all Australians when your turn comes, as some of us have been privileged enough to do today, to take that opportunity to line up and get one of those vaccines that’s going to protect you, your families, and the whole of Australia,” he said.

Australia has ordered 10 million Pfizer vaccines and more than 50 million of the AstraZeneca immunisations.

State and Territory Governments across the country began receiving their share of the jabs over the weekend and last week.

In most areas, quarantine workers and those working within health and aged care are all the first in line to receive the jab.

The next in line to be immunised are those aged over 70, additional healthcare workers and the majority of Indigenous Australians.

From there, Australians aged over 50 will be eligible to receive the jab, before the balance of the population is then immunised last.

The government is considering rolling out vaccines for teenagers as well, but only if they’re recommended to be immunised.