The company believes there may be a significant nickel-copper deposit based on modelling derived from fixed-loop and downhole EM surveys.

Assays are still awaited for the most recent hole, but preliminary assessment has identified a 53.6-metre-wide mineralised envelope containing significant intervals of nickel-copper sulphides including several zones of massive and semi-massive sulphides.

The preliminary results from ANDD0006 imply mineralisation continues through the modelled conductor for over 100 metres, with further extensions likely based on the EM results.

Assays are still awaited for the three holes illustrated above. The company's projections are based on visual assessment of drill cores.

"The three diamond holes we’ve drilled into the VC-07 conductor have all intersected broad zones containing substantial quantities of nickel-copper sulphide mineralisation on a section that now has a vertical extent in excess of 100 metres," Tony said.

"The most recent and deepest of these holes, ANDD0006, has returned the widest mineralised zone with an intersection width of 53.6 metres, suggesting that the mineralised zone is not only open in the down-dip direction but broadening with increasing depth, which is very encouraging," he added.

Assays have now been returned for ANDD0003, which was drilled at the shallow eastern end of the VC-07 conductor.

Results peaked with a 4.6-metre intersection at 2.05 per cent nickel and 0.20 per cent copper from the relatively shallow depth of 78.4 metres.

Other substantial grades were recorded between depths of around 40 metres to 200 metres.

The first three holes of the current program were all drilled in this eastern area, and have returned indications of sulphide zones bounded by narrow zones of shearing and fractures which have multiple different orientations in the drill core.

The company interprets these sulphides to have been remobilised from a nearby primary source — likely the VC-07 conductor deeper to the west.

Modelling of the fixed-loop EM data indicates VC-07 is a single, very large conductor that strikes to the west-northwest for at least 1050 metres, dipping steeply to the north.

Visual inspection of the latest drilling seems to indicate the mineralisation present through the VC-07 conductor shows increasing promise at depth and along strike.

The company is continuing to drill along the trend while also conducting downhole EM surveys to refine modelling of the conductor.

Fixed-loop EM surveys have identified 12 separate conductor anomalies across the Andover project. Drilling to test further priority targets is slated for early 2021, based on rig availability.

With $37 million in the bank from a recent placement, Azure is fully funded to keep drilling at the promising project.

A lot will hinge on whether the visual assessment of the recent drill cores is proven when assays are returned. 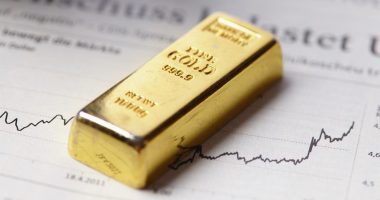 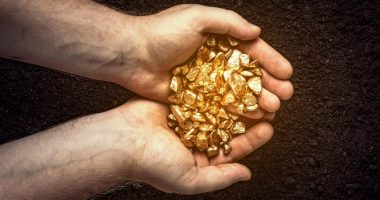