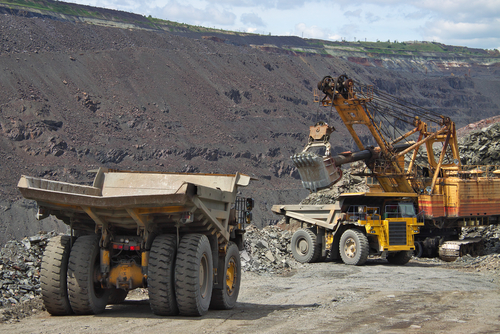 Iron Ore giant, BHP has reported a significant decrease in iron ore production due to Tropical Cyclone Veronica. BHP has been forced to cut the production of iron ore pushing its quarterly output five per cent lower.

Despite iron ore production being under review, BHP has three other commodities they are focused on including copper, coal and offshore oil and gas. BHP reports a decrease in total copper production by 3 per cent to 1,245 kt. Escondida, which is the world’s largest copper producer, saw a drop of 6 per cent down to 848 kt. This, however, was not a total surprise as lower copper grades were partly offset by record concentrator throughput. Whilst BHP has suffered a decrease in its partly-owned copper mine, three other mines including Pampa Norte, Antamina and Olympic Dam, which collectively achieved a 38 per cent increase in copper production.

Despite weather setbacks and standstills, BHP Chief Executive Officer, Andrew Mackenzie is proud of the Company’s ‘strong operational performance,’ and eager to further current projects such as the Atlantis Phase 3 project in the Gulf of Mexico.

He remains positive stating: “These projects, our work on transformation, technology and culture, and our successful petroleum and copper exploration and appraisal programs will grow value and returns for years to come.”