Under the new rules, businesses with more than 100 employees will require all workers to be fully vaccinated or produce weekly negative COVID-19 tests. 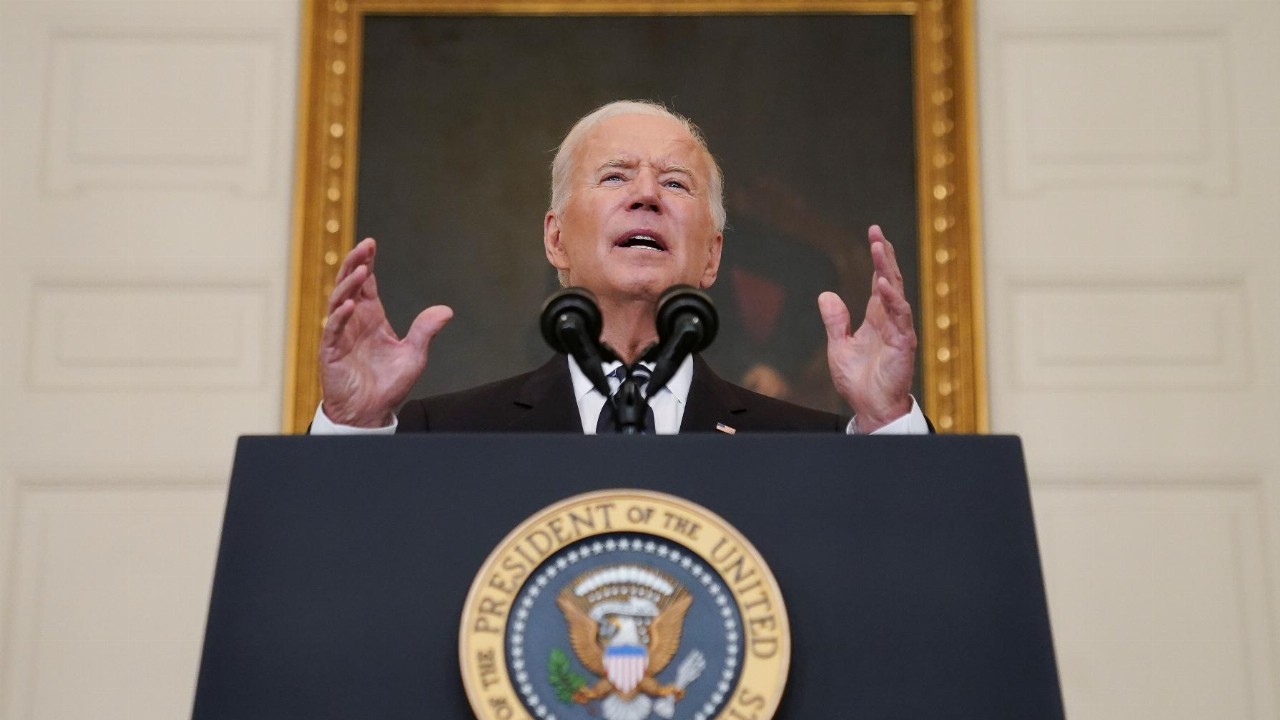 US President Joe Biden has announced expansive new COVID-19 measures that will effectively mandate vaccines for some 80 million Americans.

Under the new policies, any business that employs more than 100 people will be required to have all employees either fully vaccinated or, if unvaccinated, produce a weekly negative COVID-19 test result in order to come to work.

The measures will apply to roughly two-thirds of all US employees, or 80 million people.

Mr Biden said in a press conference that COVID-19 had become a “pandemic of the unvaccinated”.

“We’ve been patient, but our patience is wearing thin, and your refusal has cost all of us,” President Biden said, speaking to the unvaccinated.

“This is not about freedom or personal choice. It’s about protecting yourself and those around you.”

The comments come as the Delta variant of COVID-19 continues to spread around the US while health authorities fight to administer more jabs.

In a statement from the White House, the Biden administration said 175 million Americans were already fully inoculated against COVID-19, but nearly 80 million eligible people were yet to have their first shot.

Mr Biden cited many big businesses that had already introduced vaccine mandates for workers including Disney, Tyson Foods and United Airlines. However he said US businesses with more than 100 employees would now no longer have the choice.

What’s more, the Biden administration said it was developing a rule that would require the businesses affected by the new legislation to provide paid leave for their employees to be vaccinated and to recover after their shot.

Alongside the mandates for employees of privately owned businesses, the Biden administration has also expanded mandatory vaccination rules for federal workers.

“Building on the President’s announcement in July to strengthen safety requirements for unvaccinated federal workers, the President has signed an Executive Order to take those actions a step further and require all federal executive branch workers to be vaccinated,” the White House statement said.

This standard will be extended to millions of contractors that do business with the US government.

The President has also called on entertainment venues such as sports arenas and concert halls to require patrons to show proof of vaccination or a negative COVID-19 test to be allowed entry.

In response to the new rules, the Republican National Committee (RNC) said it planned to sue the Biden administration, calling the vaccine mandate “unconstitutional”.

RNC Chair Ronna McDaniel said once the decree came into effect, the RNC would take legal action on behalf of the many small businesses that did not have the money or legal resources to fight the mandates.

“Like many Americans, I am pro-vaccine and anti-mandate,” Ms McDaniel said.

“Joe Biden told Americans when he was elected that he would not impose vaccine mandates. He lied. Now small businesses, workers and families across the country will pay the price.”

Just under 54 per cent of the total United States population is fully vaccinated against COVID-19.

A change of tune

With the Delta variant causing a new surge in infections in many places around the world, Mr Biden’s new rules are a major change of tune from what he has previously said about vaccine mandates.

When asked in December 2020 if vaccinations should be mandatory, President Biden said “no”.

“I don’t think it should be mandatory,” he said.

“I wouldn’t demand it to be mandatory, but I would do everything in my power … to encourage people to do the right thing.”

Similarly, Press Secretary Jen Psaki said around the same time that mandating vaccinations was “not the role of the federal government”.

“That is the role that institutions, private sector entities, and others may take.”