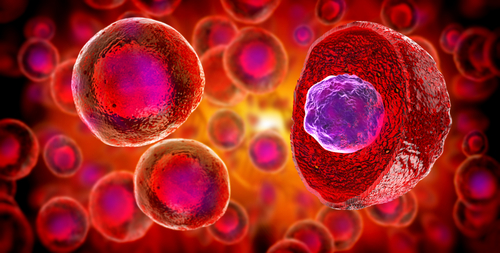 Biotech company Immutep Limited has been granted a new European patent to protect its intellectual property regarding specific treatments of cancer and other autoimmune diseases.

The patent, which is called “Combined Preparations for the Treatment of Cancer” and was granted by the European Patent Office, concerns Immutep’s lead active immunotherapy candidate eftilagimod alpha — known more simply as efti.

Efti is currently in late-stage clinical development for the treatment of cancer, and the patent protects the combination of efti with one of the chemotherapy agents.

Immutep Chief Scientific Office and Chief Medical Officer Dr Frédéric Triebel says this patent provides protection in Europe for a range of chemo-immunotherapies which use efti.

“This new patent is important because platinum-based chemotherapy agents and topoisomerase I inhibitors continue to be commonly used forms of chemotherapy,” Frédéric said.

“In addition, the past couple of years has seen, for the first time, the marketing approval and adoption of first or second line combinations of chemotherapy and active immunotherapies for the treatment of advanced solid tumours,” he said.

Immutep is a global biotechnology company with operations in Europe, Australia, and the US, and a focus on developing products for the treatment of cancer and other autoimmune diseases.

Dr Triebel made a breakthrough for Immutep in 1990 when he discovered the Lymphocyte Activation Gene-3 (LAG-3) protein, which is involved in human immune system regulation.

Immutep is using its industry-leading knowledge of LAG-3 and development of LAG-3 products to investigate the LAG-3 immune control mechanism in the treatment of cancer and autoimmune disease.