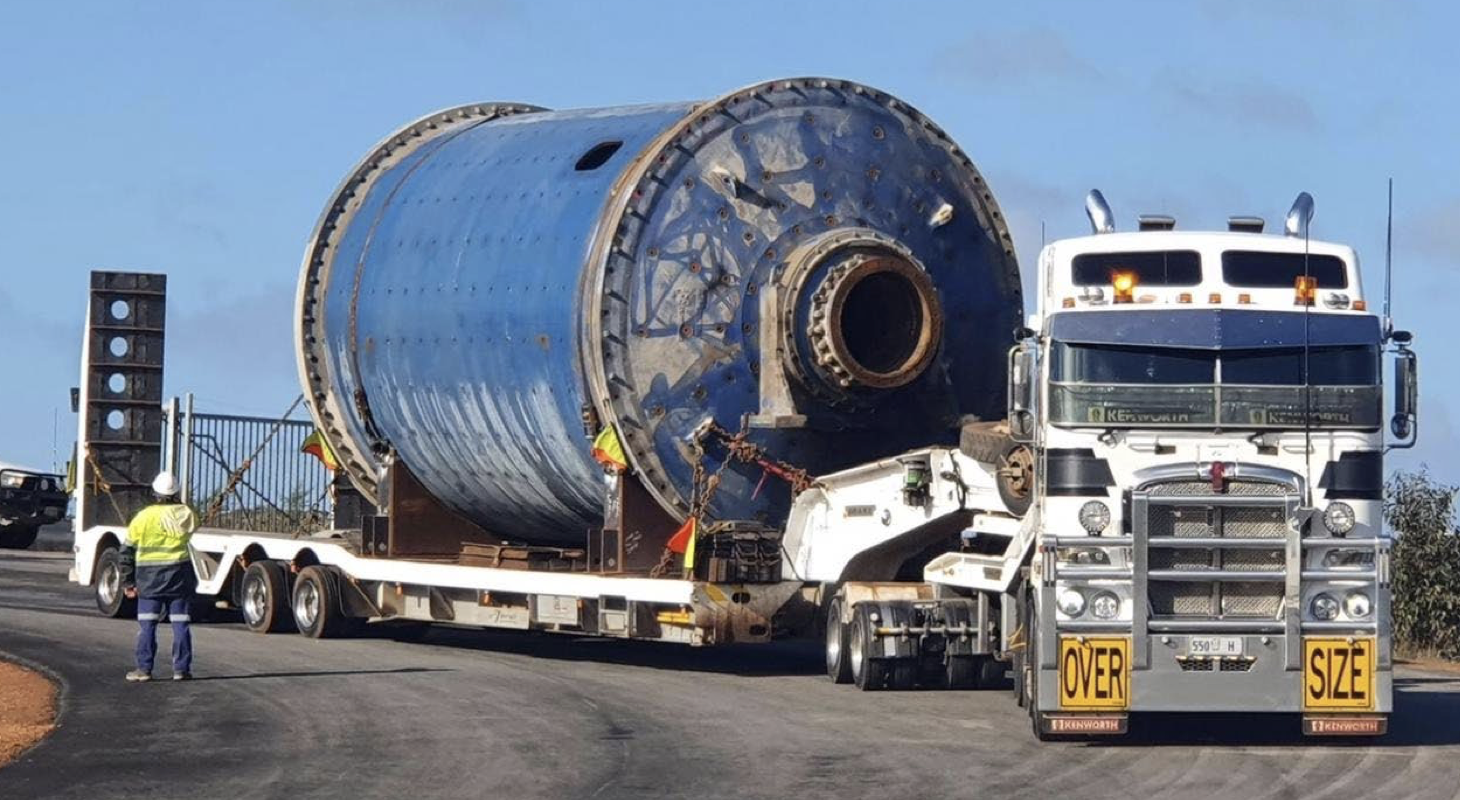 The project comprises 756 square kilometres of prospective tenements to the east of Kalgoorlie, containing a combined JORC 2012 Mineral Resource of 15.3 mega-tonnes at 2.2 grams of gold per tonne (g/t) for more than 1 million ounces. These are mainly located in the Myhree, Majestic, Fingals and Trojan Mining Centres.

BC8 has been granted approval by the Department of Mines, Industry Regulation and Safety to build a central processing facility near the Majestic Mining Centre, 50 kilometres east of Kalgoorlie.

The company said it was well advanced on securing key long lead time items for the facility, in particular completing a major milestone by successfully relocating two Outokumpu ball mills to the Burgess BLA facility in Kalgoorlie.

The facility plans to service the larger of the two mills, which is to be readied for installation during 2022.

Additionally, BC8 said engineering works to integrate the larger Outokumpu ball mill into the previous design was under way and scheduled to be completed in the September 2021 quarter.

Once completed, the processing facility will be able to commence operation with a throughput of 800,000 tonnes per annum (tpa), while the smaller mill will be stored for a potential upgrade of the plant to 1.5 million tpa.

Moreover, BC8 has received approval to develop an underground mine at Majestic, in addition to approval received to develop the Myhree open cut mine.

This is encouraging news for the company as it gears up for initial development of both mines in mid-2022.

Current drilling activities at Majestic are focussed on resource and reserve works, with the company eagerly awaiting assays.

Over at Fingals, drilling is scheduled to start on July 16. This will involve infilling the southern portion of the deposit, with the aim of upgrading the resource to the JORC indicated category.

BC8 expects to continue resource estimates throughout the September and December quarters, while drilling activities also continue with two reverse-circulation rigs and one diamond drill rig on site.

Additionally the company has announced several new employees who have been recruited as development activities ramp up. These include new managers in HR, Environment and Community Relations, as well as an Underground Project Mining Engineer, a Contracts/Procurement Administrator and a Processing Manager.