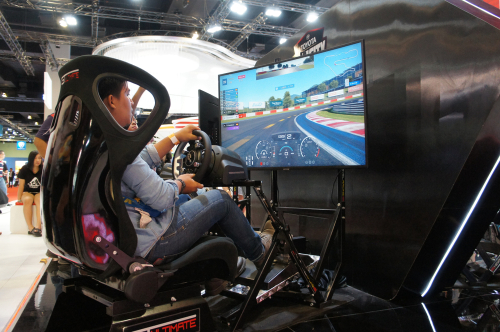 As part of the investment, Animoca Brands has officially become the exclusive partner to promote, market and distribute Lucid Sight’s games in the Asian market. These deals will allow for the endorsement and use of names and faces associated with Formula One and Major League Basketball for the respective game’s assets.

Mobile game ‘MLB Champions’ is already available to download and play, while the announced F1 blockchain game is currently in development. Blockchain games encourage users to engage in gameplay for the trading and collecting of in-game assets that hold real life money and crypto-currency worth.

In game asset trading has grown in the recent years, most notably in games such as Valve’s Counter Strike: Global Offensive (CSGO) and CCP Games’ EVE Online.

Digital market places have allowed for independent online traders to purchase and sell player aesthetics and assets (such as in-game weapons).

For example, virtual spaceships in EVE Online have costed players up to hundreds of thousands of real-life dollars. However, blockchain mobile games assets, unlike CSGO and EVE Online, are usually tied to cryptocurrency wallets such as Ethereumand Bitcoin.

The effects introduced by blockchain gaming allows for decentralisation of in-game trading profits for players globally.

Lucid Sight’s video games have been downloaded online over 1 million times on platforms such as Valve’s Steam and Oculus Rift VR.

“Baseball is one of the most popular sports in Japan, Korea, and Taiwan – territories that are also pioneers in blockchain adoption – and we see high potential for MLB Champions in the region”.