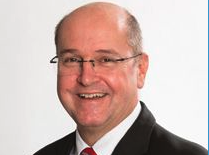 Blue Energy (BLU) has signed a memorandum of understanding (MOU) with fellow ASX-player Stanmore Resources (SMR) for the future supply of hydrogen from its authority to prospect (ATP) 814 tenement in Queensland’s Bowen Basin.

The latest deal follows a prior non-binding MOU between the companies for the commercialisation of mine gas from Stanmore’s proposed underground operation, adjacent to ATP 814.

According to BLU, the pilot gas used for the conversion would otherwise be flared.

In this way, the trial is slated to reduce Blue’s greenhouse gas emissions and reduce Stanmore’s diesel usage. This, in turn, will reportedly reduce the carbon-dioxide produced by SMR’s fleet vehicles.

The equipment can be installed either centrally or at the well head, with the generated hydrogen transported in purpose-built cylinders to Stanmore’s Isaac Plains Complex site for use by its fleet.

Blue Energy’s managing director, John Phillips, said of the trial: “Being able to avoid flaring of pilot gas production by converting it to hydrogen is a step forward in reducing emissions prior to gas developments and, in this case, has the added bonus of also lowering emissions from neighbouring mining operations.”

BLU is in the process of establishing technology partners for the hydrogen trial.

Importantly, with a foundation hydrogen off-taker already secured, the company said it was confident the use of hydrogen from its pre-development activities was a positive step towards lowering the Bowen Basin’s greenhouse gas emissions footprint more broadly.