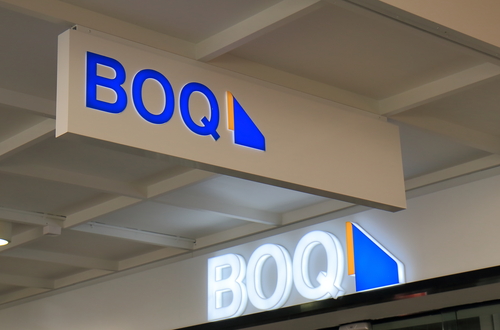 The announcement of a federal election added to uncertainties driving investors to the sidelines as the share market tilted lower today.

The ASX 200 eased 30 points or 0.5 per cent to 6194 after Prime Minister Scott Morrison ended months of speculation by declaring Australians will go to the polls on May 18. The government then entered “caretaker” mode, meaning no major policies will be enacted during the six-week campaign.

Markets don’t like uncertainty and today’s news added to the growing pile of unknowns confronting investors. Overnight, European leaders agreed to delay Britain’s exit from the European Union until at least October 31. US and Chinese negotiators struggled on with their interminable trade talks. And yesterday, US President Donald Trump threatened to expand his trade war into Europe.

It was all too much for local investors, who for the most part sat on their hands this morning. The few sectors that found buyers were traditional defensives: utilities and telecoms. The twin pillars of the local market – mining and bank stocks – both went backwards.

BHP eased 0.6 per cent, Rio Tinto 1.3 per cent and Fortescue Metals 1.9 per cent after iron ore ticked lower. The big banks took their cue from an underwhelming earnings update from Bank of Queensland, which announced an 8 per cent decline in half-year earnings. Shares in the bank fell 4.4 per cent. Westpac fell 1.2 per cent and ANZ 0.9 per cent to two-month lows. CBA and NAB shed 0.9 per cent.

Overnight, US stocks kicked higher late in the session after the minutes from the last Federal Reserve meeting confirmed the bank is in no hurry to raise interest rates. The S&P 500 put on 0.35 per cent.

On currency markets, the dollar was buying 71.57 US cents.

Looking ahead to tonight, producer inflation prices and jobless claims are the main items of interest in the US. Company earnings reports will also start to dribble in as a new quarterly season gets underway.

Traders should have some relief from Brexit now Europe has agreed to kick the can down the road. The monthly Chinese trade report is tomorrow’s biggest potential market-mover at the end of a lacklustre week.

The share market fell for the first time in four sessions following weak leads from Wall Street, declines in key commodities and earnings