For a third consecutive day, lines of cars formed at fuel stations — some queuing for hours — after oil firms reported a lack of drivers was causing transport problems between refineries and retailers. 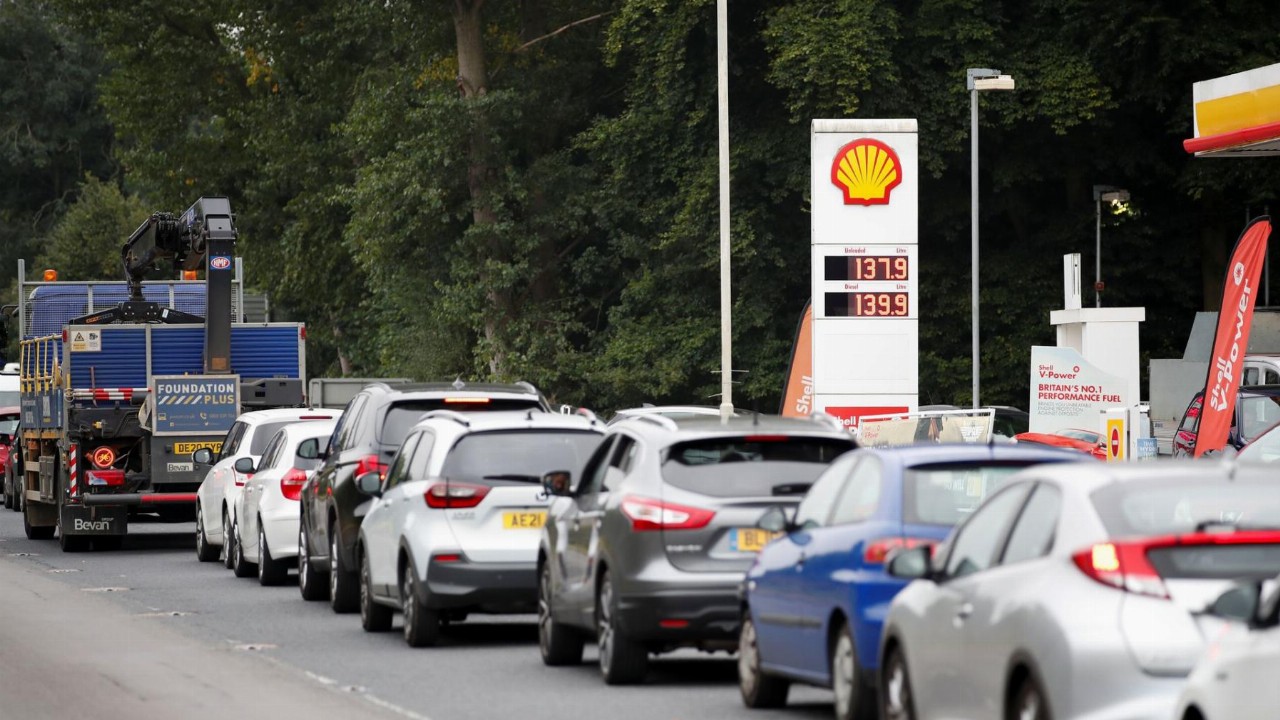 BP said on Sunday almost a third of its British petrol stations had run out of the two main grades of fuel, as panic buying forced the Government to suspend competition laws and allow companies to collaborate to ease the shortages.

For a third consecutive day, lines of cars formed at fuel stations — some queuing for hours — after oil firms reported a lack of drivers was causing transport problems between refineries and retail outlets.

“With the intense demand seen over the past two days, we estimate that around 30 per cent of sites in this network do not currently have either of the main grades of fuel,” BP said in statement.

“We are working to resupply as rapidly as possible.”

The company operates 1200 stations in Britain.

In response, the UK’s Business Minister Kwasi Kwarteng said he was suspending competition laws to allow firms to share information and coordinate their efforts.

“This step will allow government to work constructively with fuel producers, suppliers, hauliers and retailers to ensure that disruption is minimised as far as possible,” Mr Kwarteng’s department said in a statement.

Transport minister Grant Shapps had earlier called for calm, saying the shortages were caused only by panic buying and that the situation would eventually resolve itself because fuel could not be stockpiled.

“There’s plenty of fuel, there’s no shortage of the fuel within the country,” Mr Shapps told Sky News.

After meeting Mr Kwarteng, representatives from Shell and Exxon Mobil Corp — along with other industry figures — said in a joint statement issued by the Business Department that they had been reassured, and stressed there was no national fuel shortage.

The Government on Sunday announced a plan to issue temporary visas for 5000 foreign truck drivers. However, business leaders have said the plan is only a short-term fix and will not solve a dire labour shortage that risks major disruptions beyond fuel deliveries.

Mr Shapps called the panic over fuel a “manufactured situation” and pointed the finger at a hauliers’ association.

According to an Opinium Research poll, published in the Observer newspaper on Sunday, 67 per cent of voters believe the Government has handled the crisis badly, while 68 per cent said that Brexit was partly to blame.