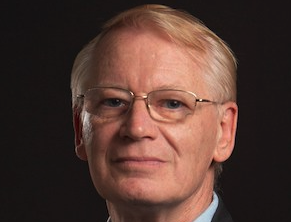 BrainChip (BRN) has completed further testing of its Akida chip, which it claims is a high-performance, small, ultra-low power artificial intelligence technology.

As part of the ongoing development of the Akida neuromorphic system-on-chip (NSoC), the company tested a production version of its AKD1000 chip with several neural network applications such as object classification, keyword spotting and spiking neural networks.

Positively for the company, the functionality and performance testing showed an improved performance than the original engineering samples, as well as lower power consumption results. These outcomes were achieved through a better layout and some small changes to the design.

CEO Peter van der Made commented on the testing.

“This is another major milestone for the company as we migrate from our research and
development phase into full production and commercialization of the AKD1000 chip and the Akida IP,” he said.

“We have already seen significant uptake by early access customers looking to leverage the clear advantages that Akida offers beyond the capabilities of other AI products. Akida is a ‘Next Generation’ AI device that offers real-time learning on chip and operates at a very low power consumption.”

The chips are now being integrated into complete boards which, along with evaluation systems, will be shipped to early access customers for further testing and verification to see how they work as part of the customers’ products.