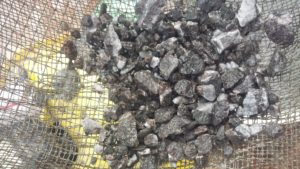 Breaker Resources NL has announced the undertaking of a $6.3 million placement to fund further drilling, resource growth and ongoing discovery within its Lake Roe Gold project near Kalgoorlie in Western Australia

The placement of approximately 21 million shares at an offer price of $0.30 per share was undertaken using Breaker’s 15 per cent placement capacity in accordance with ASX Listing Rule 7.1.

The money from the placement will be used to fund further drilling as part of Breaker’s plan to extend the existing 1.1Moz Bombora Resource within the Lake Roe Gold Project.

The funding will also advance the open pit pre-feasibility study (PFS) on Bombora and finance drilling aimed at further discovery at Lake Roe.

Settlement for the placement is due to occur on 21 May 2019 with new shares expected to be allotted and commence trading on or around 22 May 2019. The shares to be issued under the placement will rank equally with existing fully paid ordinary shares.

The Lake Roe mining project is located between the 3.5Moz Carosue Dam mine and the 0.9Moz Karonie gold deposit, and comprises six granted exploration licences, plus a mining lease, with an overall area of approximately 550 kilometres squared.