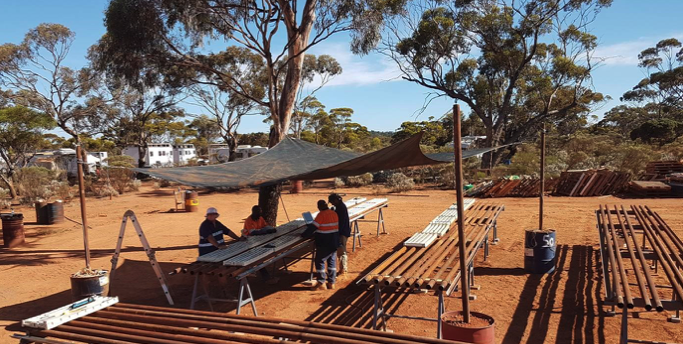 Breaker Resources (BRB) has announced it will soon begin a drilling program at the Manna lithium discovery near Kalgoorlie, Western Australia.

Of the nine holes drilled below the main outcrop, every hole returned multiple intercepts including up to 17 metres at 1.8 per cent lithium dioxide.

Follow up mapping confirmed the presence of multiple spodumene-rich pegmatites over a 750-metre by 130-metre area, with individual pegmatite dykes up to 18 metres wide.

According to the company, in the main area of outcrop the stacked nature of the pegmatites dykes over a wide zone with little weathering is favourable for open pit mining.

“Breaker has already established that Manna is a significant discovery, with mineralisation outlined over a large area and assays demonstrating high grades by the standards of most well-known Australian lithium deposits,” Mr Sanders said.

“Based on recent geological mapping, geochemistry and structural studies, we have identified several areas with the potential to host significant additional spodumene mineralisation. Drilling will test these areas and will aim to confirm the geometry of known mineralisation in other areas, ahead of resource drilling.”

Looking ahead, Breaker is planning to complete an updated mineral resource for the Lake Roe Gold Project either in the December or March 2022 quarter. Metalicity (ASX:MCT) has announced gold results from the McTavish South prospect which is part of the…