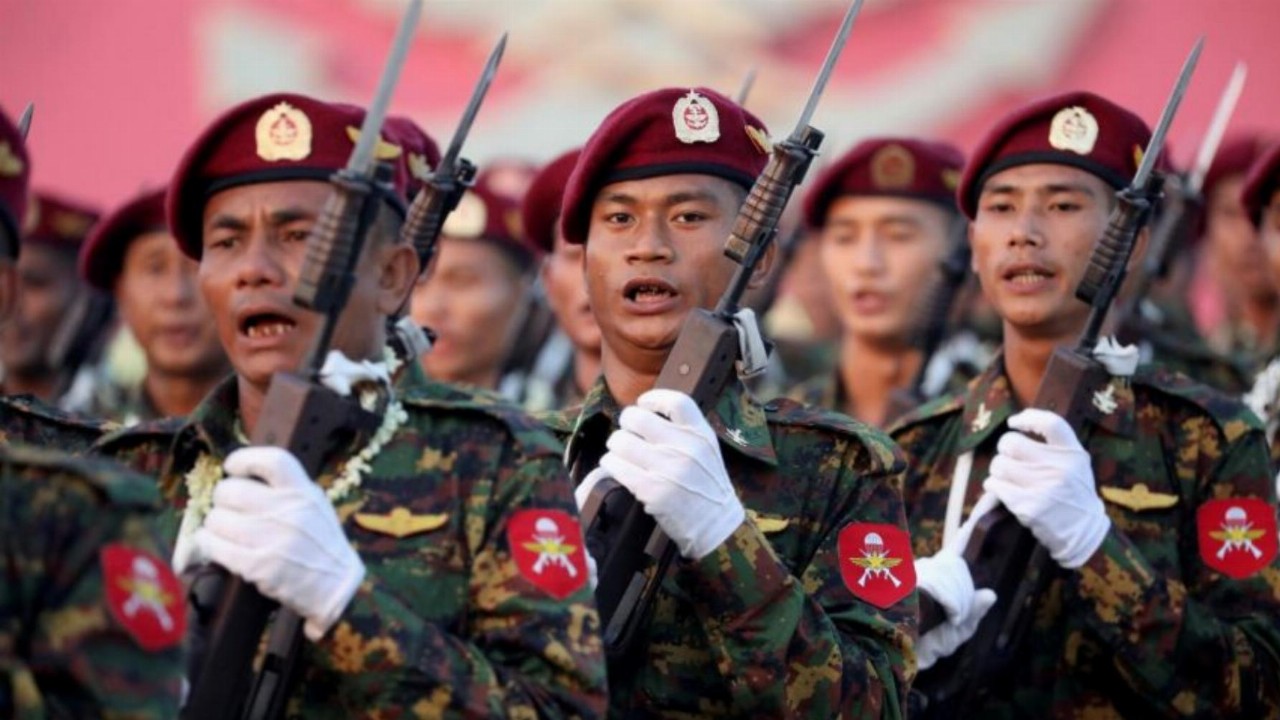 In the early hours of Monday morning, members of the army conducted raids in which they detained Myanmar’s first State Counsellor, Aung San Suu Kyi. The military also arrested numerous other high-ranking members of her National League for Democracy (NLD) party during the raids.

The country has been thrown into chaos and confusion, with phone lines to Myanmar’s capital Naypyidaw and Yangon’s main commercial centre unreachable. In addition, state TV went off the air, only hours before Myanmar’s recently elected parliament was scheduled to sit.

Myanmar’s military has handed power to military commander in chief Min Aung Hlaing, imposing a State of Emergency that it claims will last for one year.

In a statement on a military-owned TV station, the army justified its actions by alleging that Aung San Suu Kyi’s party gained power through election fraud. The NLD’s landslide election victory in November represented the country’s growing success in transitioning from a military junta to a democratically elected government.

This is not the first time that Myanmar’s military has resisted this transition and been unwilling to accept the results of an election. In recent days, tension between Myanmar’s civilian government and military forces escalated because of this and resulted in the coup that has occurred today.

Australia’s Government was quick to respond to news of the coup, saying that it is “deeply concerned at reports the Myanmar military is once again seeking to seize control of Myanmar”. The government has called for Myanmar’s military to release the country’s unlawfully detained political leaders immediately.

The United States’ recently inaugurated leader, President Joe Biden, has been briefed on the situation. A statement by the White House Press Secretary, Jen Psaki, made it clear that the U.S. would oppose any attempt to impede Myanmar’s transition to a democratic government.

BREAKING: Myanmar military television says military has taken control of the country for one year. https://t.co/s2G7ewwVCe