Buderim Group (BUG) has received an $8.3 million bid for its ginger and related tourism assets from Global Foods Group.

The decision to divest the ginger business comes off the back of a strategic announcement in 2018. Such a review was designed to identify growth opportunities within the ginger industry, evaluate the costs associated with pursuing these opportunities, and whether the funds required to do so may be better used elsewhere.

As a result, Buderim has decided that a greater focus on new markets with strong demand would be a more prudent approach. These include premium macadamias, branded specialty foods and agri-tourism.

Over the last 12 months, the company has engaged with a number of potential buyers, but ultimately landed on a non-exclusive, non-binding offer from Global Foods. Based on this arrangement, Buderim will now provide due diligence access to Global Foods and begin negotiations regarding a definitive deal.

However, this is subject to the receipt of a superior proposal.

Under the terms of the proposed transaction, the sale will include Buderim’s The Ginger Factory, based in Yandina, Queensland, which acts as both a tourism attraction and production facility.

The deal also extends to the ‘Buderim Ginger’ and ‘The Ginger Factory’ brands, as well as their intellectual property, and two subsidiaries in Ginger Head Quarters and Fiji-based Frespac Ginger.

Guy Cowan, Chairman of Buderim Group, noted that in order to fund its next phase of growth, the ginger business will require significant capital investments.

“The Ginger Division has been the origin and heritage of the company and while over the last three years the Board has worked together with management to return the Ginger Division to profitability, we believe that by separating the Macadamia and Ginger businesses there is a better future for both organisations,” Guy explained.

“Focusing investment in the company’s macadamia business is more likely to produce higher returns than a comparable investment in the Ginger Division… Ginger’s future growth and pathway to improved returns lie therefore with an owner that can provide the investment to make it happen,” he said.

Should the proposed transaction go through, it’s expected that Buderim’s current CEO, Andrew Bond, will transfer to Global Foods where he will lead the ginger business.

That said, the deal remains subject to both shareholder and Fijian regulatory approval.

BUG by the numbers 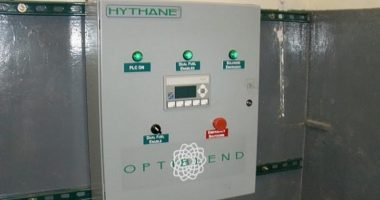