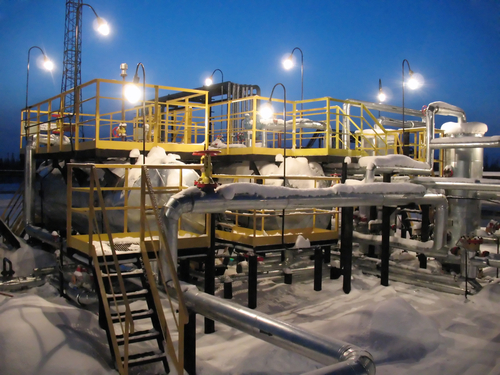 Calima Energy has announced today plans to sell its majority interest in the Namibia Oil project for $2.9 million. The 56 per cent interest of the Orange River Basin tenement was used to leverage the deal for the company with Tullow Namibia, a subsidiary of Tullow Oil plc.

Tullow Oil is leading deep-water operators in Africa with a positive track record. A 60-day exclusivity period has been enacted for the satisfaction of industry standard and conditions. These include transferring of operating duties and approval from the Government and Tullow board.

“The Namibian block is a world-class exploration play with extraordinary upside but it will require considerable investment and time to reach the point of exploration drilling,” he said.

The National Energy Board of Canada estimated in 2013 the Montney foundation to contain 449 trillion cubic feet of natural gas and 14,521 million barrels of marketable Natural Gas Liquids.

The massive area Montney occupies has been the target of oil exploration since the 1950s. Montney also has the unique feature of 300m vertical thickness, making it prime for oil drilling.

Stein says the funding for Montney will offer shareholders a significant short term proposition. Calima management has faith in the project a world-class development with modest capital investment.

Shares in CE1 remain unchanged today, sitting at a price of 2.8 cents each in a $41.01 million market cap.