Can Qantas’ (ASX:QAN) share price bounce back to its prime?

With a share price sitting at more than $7 at the beginning of the year, Qantas has shaved more than half off since then.

Qantas shares have been on a turbulent journey since mid-March, however, the shares have seen minimal changes since the tail-end of that month.

However, the airline giant has a lot to make up if it wants to return to its new year form.

The start of the turbulent times

The flying kangaroo arguably saw its biggest drop in the beginning of the year when shares dropped from $6.51 to $2.86 in just one month.

This could be attributed to when Qantas was forced to slash its quantity of flights to Asia by 15 per cent in a bid to save up to $150 million from COVID-19.

"Coronavirus resulted in the suspension of our flights to mainland China and we're now seeing some secondary impacts with weaker demand on Hong Kong, Singapore and to lesser extent, Japan," CEO Alan Joyce said at time.

The company also announced that its subsidiary, Jetstar, would be cutting its flights to Thailand and several other Asian countries.

When this was announced, shares closed at $6.51 each.

On March 10, the Aussie airline went one step further and cut its international routes by almost 25 per cent for a six month period.

This was a result of COVID-19 spreading into Europe, North America and the continued spread across Asia.

At that time Qantas stated rather than just scrapping routes altogether, it would be using smaller aircrafts and reducing the capacity.

"We expect lower demand to continue for the next several months, so rather that taking a piecemeal approach, we're cutting capacity out to mid-September," Alan stated at the time.

Jetstar also made significant cuts, temporarily suspending all flights to Bangkok and reducing flights to Vietnam and Japan by almost 50 per cent.

A total of 38 of Qantas and Jetstar aircrafts were grounded.

In a first of what would become the norm for CEO's, Directors, and Executives, Alan Joyce announced that he would be taking no salary for the rest of the 2020 financial year.

After this was announced, shares closed at $4.45 each.

But the nail in the coffin came on March 17 when Qantas announced that it would be cutting 90 per cent of its international flights.

Interstate flights were also cut by 60 per cent and a total of 150 aircrafts were grounded.

The company announced that these restrictions will remain in place at least until mid-May.

Qantas closed this day with shares dropping $2.86, one of the lowest prices of 2020 so far.

How's it competing against others?

Unfortunately, this drop hasn't been felt by just Qantas. Other major airlines such as Virgin, and even regional ones like Regional Express, have seen a plummet in their share price.

After going into voluntary administration on April 21, Virgin has seen its shares plummet from 14.7 cents at the start of the year to now sit at 8.6 cents where it has been since the beginning of April.

Even Regional Express hasn't escaped the cuts, the company's share price dropped more than 50 per cent from $1.19 in mid-January to a low of 46 cents on March 23.

However, the company has since regained some ground and shares have closed 4.24 per cent green at 86 cents each today.

So what's going to happen to Qantas' share price?

Given Qantas' firm hold on the airline market, and Virgin's unfortunate voluntary administration, many analysts believe that once restrictions are eased and flights resume, Qantas' share price will bounce back.

According to Blake Henricks from Firetrail Investments, Qantas is "well-positioned" to have a sharp demand rebound in flights and tourism, however, international travel is expected to be remain anaemic.

Bell Potter classifies Qantas as a buy but with a high risk rating.

Based on data from Morningstar, the financial planner has issued a 12-month target price of $3.70 per share which more than a dollar increase from the low point of $2.14 six weeks ago.

Qantas has ended today 4.86 per cent in the green with shares trading for $3.67 each. 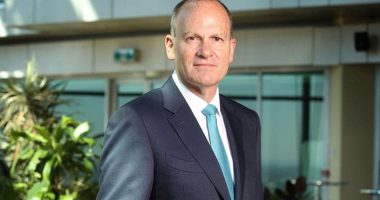 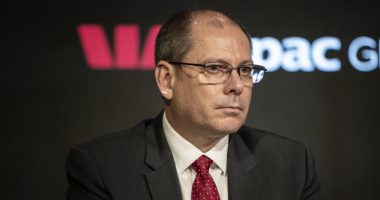 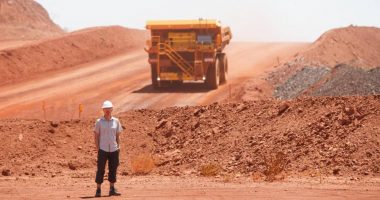 " Will the iron ore price surge save the economy?