Property developer, CAQ (CAQ) has outlined COVID-19’s impact on the company during the March 2020 quarter.

In a quarterly activity report, the company summarised the ups and downs it has experienced during the ongoing crisis. Overall, CAQ reported only a limited impact on operations, but significant impacts on its reporting obligations.

The most significant impact was the temporary closure of two retail stores at the Mission Hills Joint Venture. The closure lasted from Jan 25 to the second half of February.

While the stores reopened in March, they are taking time to recover from COVID-19’s impact. As a result of the closures, the Mission Hills Joint Venture provided no contribution to company earnings in the March quarter.

In comparison, CAQ’s core leasing operations on Hainan Island seems largely unaffected by the crisis thus far. In fact, the operations there even generated a small cash surplus during the quarter.

CAQ’s property portfolio covers a range of facilities, including a warehouse, factories, an exhibition centre, and an administrative building. Its total leasable area is 85,763 square metres.

By the end of March, the company has contracted out 51.5 per cent of this area. This is in line with the contracted area percentage at the end of CAQ’s December quarter.

The company is in the midst of developing a strategy to enhance its returns. This includes possibly repurposing and redeveloping its exhibition centre, which has failed to contribute earnings in its current format.

In response to the outbreak, numerous countries imposed travel restrictions. The restrictions imposed by the Governments of Australia, Hong Kong and China made it difficult for CAQ to complete the audit of its statutory financial reports.

As such, the company applied for and received an extension on its lodgement date for those documents. The Australian Securities and Investment Commission and ASX granted the extension until April 30, 2020. CAQ was able to successfully submit its audited statutory reports prior to the new deadline.

The company stated that payments made during the March quarter consisted of various remunerations. These included $108,000 in directors’ fees and $39,000 in salaries to key management personnel.

CAQ shares were reinstated to official quotation today but remain grey at market open, trading for 0.8 cents per share at 10:26 am AEST.

CAQ by the numbers 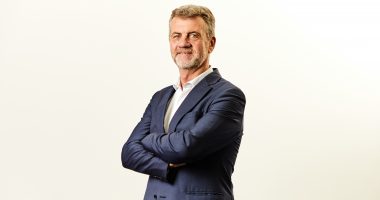