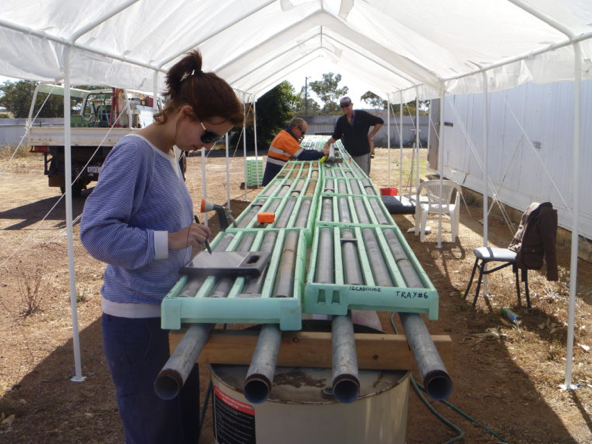 Caravel Minerals’ (CVV) latest drilling results from the Bindi Copper Deposit in Western Australia (WA), are said to support the geological model and have identified a new zone of mineralisation.

The deposit is part of Caravel’s namesake project, which is situated near Wongan Hills in WA.

The aim of this drilling program has been to locate high-grade zones and confirm the continuity of copper mineralisation.

The latest results come from four recently completed reverse circulation (RC) percussion drill holes from Bindi Southeast, in the southern part of the East Limb, with results peaking at 16 metre at 0.98 per cent copper from 28 metres downhole.

The company said both the RC and diamond core results showed agreement with the geological model and the continuation of high-grade zones would support geological modelling and grade estimation for these zones in the forthcoming resource.

Moreover, a new zone of mineralisation was intersected in one drill hole below the current resource and Caravel has planned additional drill holes to further evaluate the extent of this mineralisation.

Currently, two RC percussion drill rigs and a diamond drill rig are operating on site with the RC infill drilling program at Bindi East set to be complete this month.

CVV is preparing a new structural geological model which it plans to report in the coming weeks.

The new model is utilising information from the diamond core holes completed during this program, providing the company with a better understanding of the Bindi Southeast synformal fold closure.

The information is set to be incorporated in an updated resource estimate, expected by late August, and future exploration drill planning.