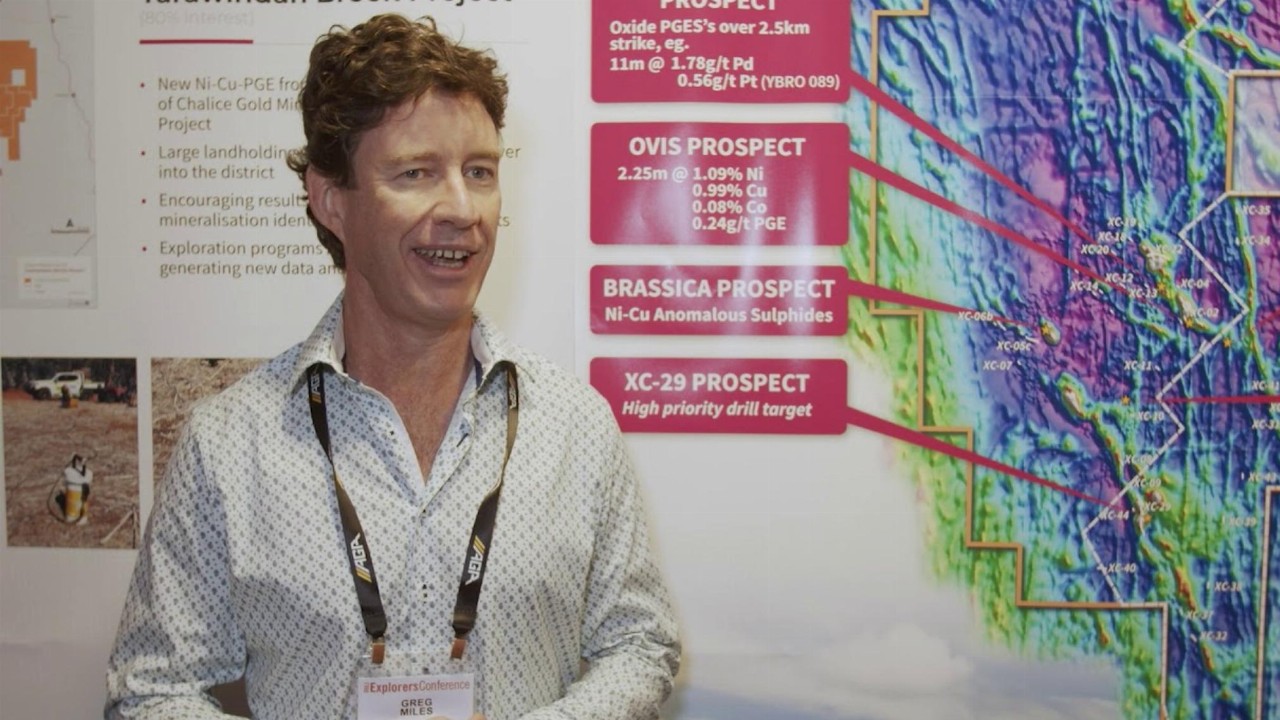 Sampling to date at the project has outlined a surface palladium anomaly spanning beyond three kilometres and grading more than six parts per billion (ppb).

This anomaly also hosts more than 150 parts per million (ppm) nickel and more than 300ppm copper.

Pleasingly, this anomaly lies in an area that has never been drill tested and further anomalies were identified to the north and need to be followed up.

This anomaly strikes over 1.2 kilometres, and the company believes it may represent an extension to the main intrusion or a completely separate one.

Samples have been sent to the laboratory for analysis and results are pending.

Additionally, Caspin has engaged a geophysical consultancy to undertake a gravity gradiometer survey to identify and map potential mafic intrusions.

Once received, this data will combine with magnetic, electro-magnetic and soil geochemistry data to prioritise targets for drill testing.

The survey is expected to begin in the coming weeks.

Caspin is yet to trade this morning with shares last trading for $1.79 on June 15.