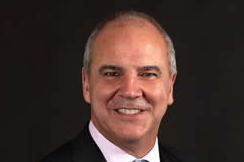 The company is targeting a 65,000-metre drilling program across four deposits within the nickel sulphide project to upgrade and expand its mineral resource.

Further, infill drilling at the Jaguar West and Jaguar Central North deposits have highlighted the consistency of mineralisation and the “robust nature” of the existing resource model.

“We expect that any new resources or extensions delineated at the four deposits that already have planned underground operations are likely to be picked up in the next round of stope optimisations and therefore brought rapidly into the mine plan,” Mr Gordon said. “This is important as these additional resources can either contribute to a longer mine life or a reassessment of the planned production rate.

“Jaguar is already a standout project in terms of scale and quality among undeveloped nickel sulphide projects worldwide and, at the planned nickel production rate of over 20,000 tonnes per annum, Centaurus is firmly on track to become a global top-10 nickel sulphide producer.”

As it stands, the Jaguar Project has an indicated and inferred mineral resource estimate of 58.9 million tonnes at 0.96 per cent nickel for 562,000 tonnes of contained nickel. Centaurus expects to upgrade this by the end of this year.